The Tyranny of the Experts

Vik Khanna
|
Posted: May 07, 2020 12:01 AM
Share   Tweet
The opinions expressed by columnists are their own and do not necessarily represent the views of Townhall.com. 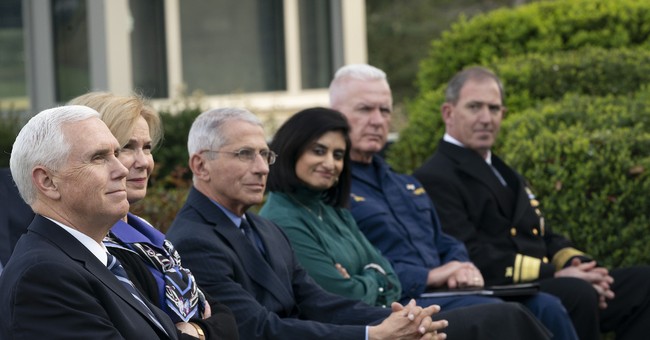 In 1976 a radical Austrian philosopher and Roman Catholic priest named Ivan Illich wrote a book entitled Medical Nemesis, in which he posits that the healthcare industry, not disease or death, is the greatest threat to the welfare and happiness of a population. He believed that modern healthcare would prey mightily on a population’s greatest fear -- the fear of death -- to worm its way to nearly unrivaled prominence.

Were he alive today, Illich would justifiably stand triumphant; thanks to COVID-19 the healthcare ”experts” have exerted control over the population in frighteningly quick fashion, inculcated the belief that forestalling death is desirable at any cost, and become the defacto arbiters of who wins and loses in the marketplace. Regrettably, Illich might say, too many Americans have confused the shut down orders with the Ten Commandments.

In COVID-19, the healthcare tail has not just wagged the economic dog, but picked up the dog, thrashed it against the walls, and left it on the ground bloodied and gasping for air. Never in American political history has there been such a dramatic and effective perfect storm of the scientific illiteracy of a population, agenda-driven reporting by coastal media elites, and the aggrandizement of the physician/scientist class.

The critical questions that COVID-19 raises for Americans are not “is it safe to open for business again?” but is it safe to trust the experts and their guidance on complex rapidly changing problems, when their advice lacks evidence, logic, coherence and transparency, and is fundamentally -- intentionally, even -- disconnected from the society’s very long-standing and deep-rooted values system? Do we believe that preventing death is a goal so compelling that it has no fiscal or practical boundaries? And, are we physically, emotionally, and spiritually so flimsy that the notion of being uncomfortable (i.e., enduring a flu-like illness for a period of days to weeks) will cause us to cut off our noses to spite our faces?

The breadth of the healthcare establishment’s success at manipulation in this instance should give pause to all Americans. By comparison, that establishment’s incorrect guidelines to eat carbohydrates instead of fats and to endure a worthless annual physical seem positively benign when weighed against the economic destruction of the COVID-19 strategy and the squashing of individual liberty without a peep from most of the population. Consider the absurdity of telling people who bled and sweated to sustain ventures that fed their families to now bid them farewell, or beg the government for loans to keep them on life support and be happy for the opportunity. It is a dark fairy tale that only politicians can concoct.

The ostensible reason for the economic crash and burn was the preservation of healthcare resources (mostly hospital beds and ventilators) in the face of a predicted onslaught of critically ill patients requiring intensive inpatient support. The onslaught never materialized, largely because of the effectiveness of social distancing and personal hygiene messaging. There is, however, no evidence that shutting businesses and eviscerating the American economy was wiser or more effective than would have simply been isolating those most at risk...the elderly, in particular the institutionalized elderly or those with serious comorbidities, and accepting that some people would encounter the unavoidable sooner than others, which means that COVID-19 does not at all change the human experience.

State and local governments have used the doom and gloom to implement totalitarian rule and  to stifle individual liberties. American liberty means nothing if it does not mean that a competent adult can freely choose (or not) to navigate the public square for commerce or comity. The government’s job is to ensure that the square is open and safe to the extent practicable, in a framework that gives the benefit of the doubt to freedom. In the absence of a threat from a foreign invader (the Chinese origin of the virus is a different discussion), the square is to remain open. Our public square has remained open through two World Wars, multiple other military engagements, domestic terrorism, 9/11, and the flu epidemics of 1889, 1918, 1957, 1968, and 2009. In the early 1950s, before the polio vaccine, no one shut down schools and communities to spare children.

To be sure, no one in the healthcare industry is on the hook for repairing the damage done. The healthcare industry is first in line, hat in hand, for expanded funding from taxpayers large and small who are themselves left in tatters. Our high medical priests, from Tony Fauci to Affordable Care Act architect and COVID commentator Ezekiel Emanuel, to every second- or third-rate infectious disease doctor on CNN or in The New York Times, are all beyond the reach of ordinary Americans who have been told to shut up, stay home, burn their money, and forget that you live in a nation governed by a Constitution meant to protect individual liberties against government overreach above all else. With their gold-plated, taxpayer funded salaries and pensions, none of the people who have decided how the rest of us will live share any risk for the downsides of their decisions. That is the very definition of failed leadership.

Tony Fauci has actually proposed that Americans might one day have to carry immunity cards. Ask Holocaust survivors and their descendants about what it means to be forced to bear a government-mandated mark. Once the government coerces you, on pain of arrest, to carry its immunity card, the tool is in place to determine where you will go, who you will spend time with, what you will buy, and eventually how you think about freedom if you remember it at all. Considering that this virus will leave the overwhelming majority of Americans unharmed, and that one day a mutated or new virus will emerge to scare the bejeezus out of everyone, it would be an exercise as useless as it is offensive.

There’s an old saying about the global economy that when America sneezes, the rest of the world catches a cold. Well, it’s about time we stopped sneezing and began sneering at the cabal that has not just misguided us since January, but done exactly what Ivan Illich said they would do...ensnare us in a complex trap from which they want us to believe there is no exit, except the one they point to. Wrong. People are infinitely more creative than governments. As Hanibal said, “either find a way, or make one.”

Mr. Khanna is a retired health policy consultant who earned his graduate degree in health policy and management at Johns Hopkins.