Dear America, the Developing Nations of the World Thank You

Vijay Jayaraj
|
Posted: Nov 12, 2016 12:01 AM
Share   Tweet
The opinions expressed by columnists are their own and do not necessarily represent the views of Townhall.com. 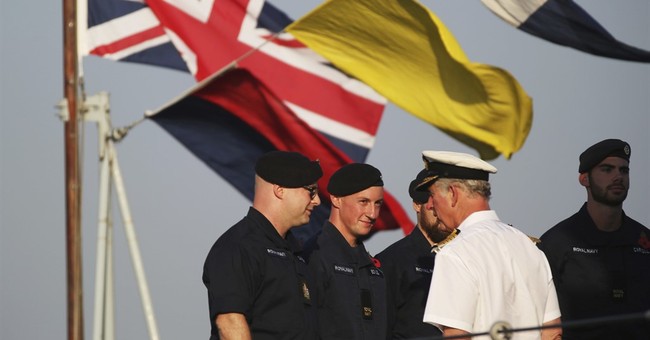 Democrats, global mainstream media, celebrities, and even some in Republican circles, were totally shocked when Donald Trump emerged victorious in the presidential election.

But there was one group of people who were even more upset—the radical environmentalists who invested millions on climate alarmism based global energy and developmental policies.
A Trump victory has now caused the global warming elites to hit the panic button.
The working middle class people of America were awakened when their jobs started disappearing due to radical regulations on fossil fuel production, and various other manufacturing industries. Barack Obama’s war on coal has left thousands without jobs, and destroyed entire towns.
President-elect Trump has said he will make big changes to U.S. energy policy, and with a Republican majority in the House and Senate, he should be able to keep his word.
Ending the Paris agreement and reducing regulations on coal should be top priorities.
But the impact of Trump’s victory will be felt beyond the US. In fact, it has begun to shake the very foundations of the climate alarmist agenda. The market shares responded first, with renewable stocks plunging while the rest of DOW booked a 256-point gain.
Greens’ panic followed. The European Union’s carbon market chief, climate alarmist elites at the current UN climate-event in Marrakech, co-chairs of the European Green Party, leaders of  anti-fossil-fuel campaigns, and the French Environment Minister all expressed their concerns regarding the inevitable death of the Paris agreement on climate change.
CARTOONS | Michael Ramirez
View Cartoon
Not that the Paris agreement was particularly successful anyway. It was more of a PR coup for alarmists than anything else. China has increased its coal production targets for 2020 and India is already on path for a massive increase in its coal production—both countries having already ratified the Paris agreement using makeshift commitments that hardly have any impact on the expansion of their fossil fuel industry. The U.K. and Germany meanwhile have distanced themselves from their proposed agreements to reduce emissions. The Philippines has completely disassociated itself from the Paris agreement.
Trump’s presidency will hopefully contribute towards reestablishing the public’s confidence in the scientific community. Over the last eight years especially, although misuse of power is not a new thing, scientific methodology was undermined and misused to produce preconceived results, especially regarding climate change.
This election has consequences reaching much farther than just across the United States of America. In rejecting radical environmentalism and radical energy policies, American citizens are paving the way for millions of people in developing nations around the world to access clean, affordable, and reliable energy sources.
As a citizen of one of those developing countries, I thank you.