A Sort-of goodbye to Germany?

Victor Davis Hanson
|
Posted: Aug 20, 2020 12:01 AM
Share   Tweet
The opinions expressed by columnists are their own and do not necessarily represent the views of Townhall.com. 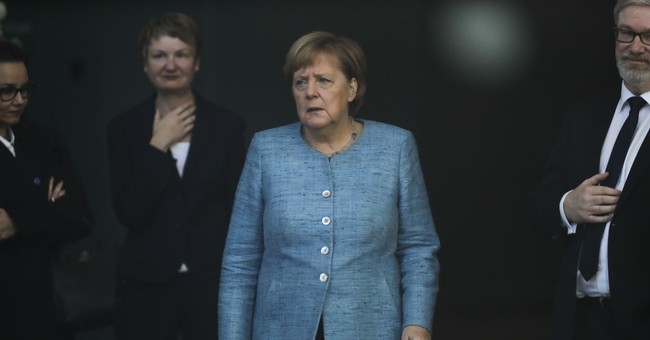 President Trump recently ordered a 12,000-troop reduction in American military personnel stationed in Germany. That leaves about 24,000 American soldiers still in the country.

A little more than half of the troops being withdrawn will return home. The rest will be redeployed to other NATO member nations such as Belgium, Italy, and perhaps Baltic and Eastern European countries.

German Chancellor Angela Merkel is said to be furious. She claims the redeployments will "weaken the (NATO) alliance." German commercial interests chimed in that the troop withdrawals will hurt their decades-old businesses serving U.S. bases.

Perhaps, but Merkel surely cannot be surprised. Six years ago, all NATO members pledged to spend 2 percent of their GDP on defense. Yet only eight of 29 so far have kept their word.

Germany spends only about 1.4 percent of its GDP on defense. As NATO's largest, wealthiest, and most powerful European member, it sets the example for the rest of the alliance.

Merkel's reneging on her 2014 pledge helps explain why less wealthy and influential NATO members also see no reason to meet their obligations.

Germany surely knows that 2020 marks the 75th anniversary of the end of World War II, and the 29th year since the fall of the Berlin Wall -- the symbolic end of the Cold War.

Will there be any point in the future when Europe is confident enough to be a full defense partner with the U.S. rather than an eight-decade client?

NATO, of course, still provides a common European defense, but only by habitually relying inordinately on U.S. military contributions. That dependence seems increasingly odd when the European Union has an aggregate GDP nearly as large as America's.

Russia always poses a threat to Europe. But the likely flashpoints are not on the German border, but more likely eastward in the Baltic states or on the Russian frontier with Poland.

Moreover, the Merkel government has concluded, over American objections, a huge natural gas deal with Russia that is currently under some U.S. sanctions and short of cash.

Merkel likes to lecture the world on moral issues, but what is so noble about empowering Russian President Vladimir Putin, who recently reclaimed Crimea and seems now to be eyeing Belarus?

Like a modern-day Byzantine emperor Justinian, who recovered much of the lost Western Roman Empire, Putin seems to think he can reabsorb the lost Soviet republics.

In recent polling, Germans were more anti-American than any other nation in Europe. And while about 75 percent of Americans believe the U.S. still has a good relationship with Germany, only about a third of Germans feel that way about the U.S. Nearly half the German population in some polls want U.S. troops out.

Note that Germany piles up the largest annual trade surplus with the U.S. of any nation in Europe -- roughly $55 billion to $70 billion in most years. The Trump administration says the surpluses have grown in large part due to asymmetry in tariffs and duties, with Germany the far more protectionist of the two partners.

With Germany now united, rich, and often angry, and with the Soviet threat largely over, it's Germany, not the U.S., that seems to have altered its view of this once-solid relationship.

Does Merkel really believe that if her nation cuts huge deals with NATO's historically greatest threat, polls as the most anti-American country in Europe, and still refuses to honor its promises to increase defense spending, Germany still deserves a large American commitment of 36,000 troops to anchor its defense?

There is one caveat that the Trump administration and other European countries might consider.

According to its founders, NATO was created for three reasons: to keep the always aggressive Russians "out" of Europe, to keep the often isolationist Americans "in" to help protect it, and to keep the supposedly restless Germans "down" in order to avoid a replay of their invasions that ignited both world wars.

In other words, the huge defense commitment to an often ungracious Germany over eight decades was not just envisioned to create a central base from which to protect Europe from ancient Russian ambitions, but also to remind Germany itself of its checkered past.

That third mission seems ossified and silly now. But it is not entirely forgotten, and it may explain why many in Europe -- and some in Germany itself -- are worried when any American soldiers leave Germany.