Victor Davis Hanson
|
Posted: Aug 08, 2019 12:00 AM
Share   Tweet
The opinions expressed by columnists are their own and do not necessarily represent the views of Townhall.com. 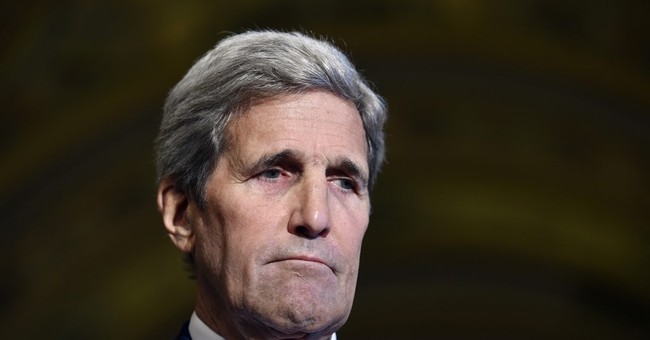 Four years earlier, in the 2000 election, Bush had won the Electoral College but lost the popular vote. Democrats were still furious that Bush supposedly had been "selected" by the Supreme Court over the contested vote tally in Florida rather than "elected" by the majority of voters.

By late 2003, Bush's popularity had dipped over the unpopular Iraq War, which a majority in both houses of Congress approved but had since disowned.

Bush was attacked nonstop as a Nazi, fascist, and war criminal. "Bush lied, people died" was the new left-wing mantra.

Talk of Bush's impeachment was in the air. Democrats remembered that his father, George H.W. Bush, lost his re-election bid in 1992. They hoped the same fate awaited his son.

Oddly, none of the Democrats wished to identify with the last successful liberal president, two-term Bill Clinton, or his policies. In 2000, Gore also ran away from the president under whom he had served as vice president — and lost.

Within that void, little-known Vermont Gov. Howard Dean announced early on that he was running. And for most of 2003, according to polls, Dean was the front-runner of the Democratic primary field.

Dean was running on an ever-harder-left agenda. His chief allure to primary voters was that he was the most venomous of the candidates in references to Bush, and he loudly claimed that he had always been against the Iraq War.

The rest of the Democratic field was full of even more radical fringe candidates, including Sen. Carol Moseley Braun, Rep. Dennis Kucinich, and the Rev. Al Sharpton.

As the first 2004 primaries loomed, Democratic donors, officeholders, and blue-collar workers became concerned that Dean might be too far ahead to be stopped. They warned of a landslide loss similar to the one Democrats suffered in 1972, when the party had foolishly nominated the ultra-liberal George McGovern.

Few realist Democratic candidates for congressional seats wanted to run with Dean at the head of the ticket. By default, the worried Democratic establishment then rallied around late-entering Sen. John Kerry to stop Dean in Iowa and New Hampshire.

Kerry had been in the Senate for almost 20 years. He had done little as a senator and was a wooden and often sanctimonious insider. But he was considered a safe liberal option. Kerry certainly would not melt down or look and sound silly like the unpredictable loudmouth Dean.

The result was that the safe Kerry won the Democratic nomination, but the plodding candidate went on to lose to Bush in a close election.

Something similar is shaping up for the Democrats in 2020. The 20-candidate field is larger than it was in 2004 — and even weirder. Fifteen of the 20 are polling at under 5 percent.

Yet the left-wing favorites — Pete Buttigieg, Kamala Harris, Bernie Sanders, and Elizabeth Warren — are all running on agendas that do not earn majority support among the general electorate.

Strangely, many of the top contenders are critical of once-revered former President Barack Obama and his policies. Obama is now seen as too tame compared with several of the neo-socialist candidates.

In the initial debates, most of the chief Democratic contenders seemed resolute that no other candidate on the stage would sound more left-wing.

The de facto Democratic agenda for 2020 is shaping up to be open borders, race and gender identity politics, and free health care for undocumented immigrants. Many of the Democratic contenders support Medicare for all, repartitions for slavery, the Green New Deal, a wealth tax, and much higher taxes overall.

Candidates talk of fundamentally "transforming," "recalibrating" and "restructuring" the United States into something far more socialistic.

And then there is 76-year-old Joe Biden, the longtime senator and former vice president.

Biden, like Kerry, is an old political warhorse. For now, he poses as the Democratic establishment's only safe bet.

Like Kerry, Biden has lots of flaws, is an erratic campaigner and is gaffe-prone. Yet Biden continues to poll as the front-runner, mostly because the majority of Democratic voters realize that none of the scary hard-left alternatives have any chance against the hated Donald Trump.

Fifteen years ago, the Democrats backed off from the hard left and took the safe route in nominating a boring and sedate party man — and came close to winning against a controversial incumbent president.

This time around, Democrats may have no choice but to try the 2004 formula again — even if it ends with the same close but ultimately losing result.