Is the American Elite Really Elite?

Victor Davis Hanson
|
Posted: Mar 02, 2017 12:01 AM
Share   Tweet
The opinions expressed by columnists are their own and do not necessarily represent the views of Townhall.com. 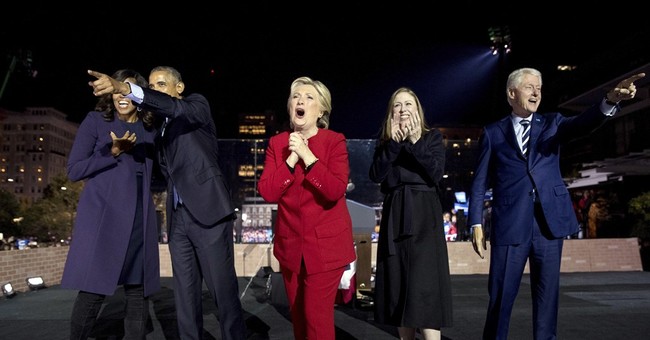 Establishment furor over the six-week-old Trump Administration is growing.

The New Republic -- based on no evidence -- theorized that Trump could well be mentally unstable due to the effects of neurosyphilis.

Talk of removing the new president through impeachment, or opposing everything he does (the progressive "Resistance"), is commonplace. Some op-ed writers and pundits abroad have openly hoped for his violent death.

Trump is in a virtual war with the mainstream global media, the entrenched so-called "deep state," the Democratic Party establishment, progressive activists, and many in the Republican Party as well.

The sometimes undisciplined and loud Trump is certainly not a member of the familiar ruling cadre, which dismisses him as a crude and know-nothing upstart who should never have been elected president. (Had Hillary Clinton won in 2016 and served a full term, a member of either the Bush or Clinton families would have president for 24 years of a 32-year span.)

But who, exactly, makes up these disgruntled elite classes?

In California, state planners and legislators focused on things like outlawing plastic grocery bags while California's roads and dams over three decades sank into decrepitude. The result is crumbling infrastructure that now threatens the very safety of the public. Powerful Californians with impressive degrees also came up with the loony and neo-Confederate idea of nullifying federal immigration law through sanctuary cities.

For a year, most expert pundits and pollsters smugly assured the public of a certain Hillary Clinton victory -- until the hour before she was overwhelmed in the Electoral College.

From the fabulist former NBC anchorman Brian Williams to the disreputable reporters who turned up in WikiLeaks, there are lots of well-educated, influential and self-assured elites who apparently cannot tell the truth or in dishonest fashion mix journalism and politics.

Elitism sometimes seems predicated on being branded with the proper degrees. But when universities embrace a therapeutic curriculum and politically correct indoctrination, how can a costly university degree guarantee knowledge or inductive thinking?

Is elitism defined by an array of brilliant and proven theories?

Not really. University-sired identity politics has not led to racial and ethnic harmony. Is there free speech or diversity of thought on campuses? Did progressive government save the inner cities?

Are elites at least better-spoken and more knowledgeable than the rest of us?

Long before Trump's monotonous repetition of "tremendous" and "great," Barack Obama thought "corpsmen" was pronounced "corpse-men," and that Austrians spoke "Austrian" rather than German.

Not long ago, Rep. Hank Johnson (D-Ga.) warned that if Guam became too populated it might just tip over and sink.

The Western world is having a breakdown. The symptoms are the recent rise of socialist Bernie Sanders, Trump's election, the Brexit vote and the spread of anti-European Union parties across Europe.

But these are desperate folk remedies, not the cause of the disease itself.

The malady instead stems from our false notion of elitism.

The public no longer believes that privilege and influence should be predicated on titles, brands and buzz, rather than on demonstrable knowledge and proven character. The idea that brilliance can be manifested in trade skills or retail sales, or courage expressed by dealing with the hardship of factory work, or character found on an Indiana farm, is foreign to the Washington Beltway, Hollywood and Silicon Valley.

Instead, 21st-century repute is accrued from the false gods of the right zip code, high income, proper social circles and media exposure rather from a demonstrable record of moral or intellectual excellence.

In 1828, the wild and unruly Andrew Jackson was elected president because the rapidly expanding country had tired of the pretenses of an exhausted elite of tidewater and New England mediocrities.

The hollow, tiny coastal establishment of the 1820s perpetuated the ancestry and background of the great but all-but-disappeared Founding Fathers such as George Washington, John Adams, Thomas Jefferson, James Madison and James Monroe. Yet otherwise, the Founders' lesser successors had not earned the status they had assumed from their betters. The outsider Jackson won by exposing their pretenses.

What got the brash Trump elected was a similar popular outrage that the self-described best and brightest of our time are has-beens, having enjoyed influence without real merit or visible achievement.

If Donald Trump did not exist, something like him would have had to be invented.