In Search of Fixes for a Fossilized Economy

Victor Davis Hanson
|
Posted: Feb 11, 2016 12:01 AM
Share   Tweet
The opinions expressed by columnists are their own and do not necessarily represent the views of Townhall.com. 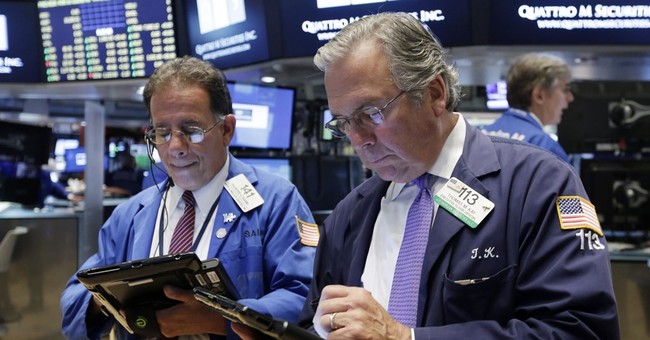 The U.S. economy grew at an anemic rate of less than 1 percent in the last quarter of 2015.

While the unemployment rate has dipped below 5 percent, the all-important labor force participation rate is at a historic low of just 62.7 percent. More than 90 million able-bodied adults are either not currently in the labor force or have stopped looking for work altogether.

Average household incomes have been mostly stagnant in recent years relative to the rate of inflation. The Dow Jones industrial average fell by 2.2 percent in 2015 and has continued to plummet this year. Most people's retirement portfolios have been losing money.

Such economic sluggishness, more than seven years after the 2008 financial crisis, was not supposed to happen, given all the traditional economic stimuli.

When times are tough, politicians sometimes call for a reduction in energy taxes to help lower gas prices and bring down household heating and cooling costs. Such cutting usually puts more disposable income into the pockets of families.

Yet, largely because of Persian Gulf oil politics and private-sector fracking and horizontal drilling, U.S. gas prices have already plunged to a national average of less than $1.80. That is a huge drop from the average 2014 price of about $3.34 a gallon -- and it should provide an enormous economic stimulus.

Given annual U.S. gas consumption of about 140 billion gallons, American consumers are enjoying a collective fuel savings windfall of well over $200 billion per year -- in addition to reductions in home heating expenses.

If lower energy prices aren't boosting the economy, how about another traditional boost, such as lowering interest rates?

Historically, 2016 is one of the least expensive years in memory to finance a house, car or major appliance. Or, put another way, regular savings accounts are earning almost no interest. Hundreds of billions of dollars usually paid to savers have in a sense been transferred to borrowers in the form of lower interest rates.

No matter. As with near-record-low oil prices, nearly free money has done little to improve the economy.

Another way that past generations tried to jump-start a sluggish economy was through the printing of money and/or massive borrowing and deficit spending.

We have long tried that old nostrum, too. The money supply has grown. National debt has surpassed $19 trillion. The amount of borrowing under President Obama may reach $9 trillion before he leaves office.

Last year's budget deficit of around $430 billion was due to Obama's tax hikes and congressional sequestration cuts. Such profligacy was nonetheless considered proof of thriftiness -- at least in comparison to the era's $1 trillion-plus annual deficits.

More disturbing, if after tax hikes and sequestration cuts, the deficit is still over $400 billion per year, then how to balance the budget other than to further raise taxes and further cut spending?

Unfortunately, should interest rates return to historical averages of around 5 percent, the annual cost of servicing the national debt will more than double.

Another possible way to get America moving again would be to increase labor productivity, through better management, new technologies or more skilled labor. Yet non-farm business sector productivity decreased in the last quarter of 2015.

In short, something has gone fundamentally wrong with the U.S. economy.

All the new technology and innovations, the near-zero interest rates, the printed new money, the record number of college-educated youth, the massive government borrowing and the cheap energy have not brought millions back into the labor force or increased annual family income and purchasing power.

Perhaps it is time to try something radically different -- or rather, traditional -- such as balancing the budget through additional cutting more than additional taxing, on the theory that individuals are more accountable and efficient than government bureaucracies.

The tax code is so complicated and Byzantine that most Americans cannot even fill out their own forms and either waste hours of their time, cheat, end up not filing at all, or look for deductions and write-offs that often retard economic growth. Tax reform and a return to moderate interest rates certainly could not make things any worse.

Reducing regulations would encourage businesses to invest and expand. Government growth and red tape not only stifle creativity but also encourage costly abuse -- at least if recent serial scandals in government agencies are any indication.

In sum, the U.S. has been stimulated to death with cheap fuel, near-zero interest rates, massive borrowing and cheap money. Yet its economy is ossifying.

It is time to try something radically different -- or rather, time-honored.