The Modern Malleability of Gender and Race 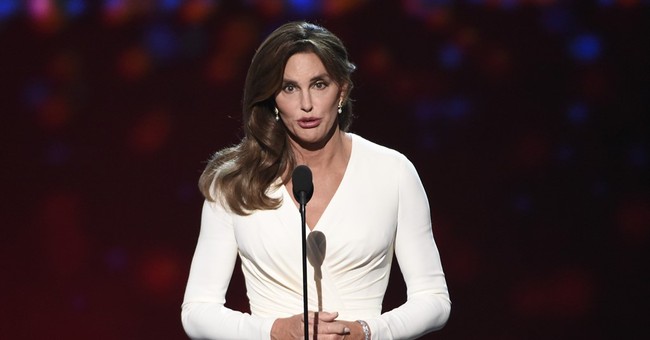 In the present postmodern world, we are told that there is no such thing as a biologically distinct gender. Instead, gender is now socially constructed. It can be defined by the individual in almost any way he or she sees fit.

In the old days, many clinical psychologists would have believed that Caitlyn Jenner -- who first came to fame as Olympian Bruce Jenner -- is experiencing a well-chronicled psychological state known as transvestism, or the innate pleasure in wearing the clothes and assuming the manners and appearance of the opposite sex.

Jenner, however, identifies as transgendered. But even if the term is new, the condition is not. References to people acting or dressing as if they were members of the opposite sex -- or somewhere in between -- were commonly found in the works of ancient authors such as Catullus and Petronius. The difference is that the Greeks and Romans saw it as a psychosexual condition, while today's postmoderns insist that the transgendered have assumed a self-constructed and genuinely new sexual identity.

After all, many female athletes object to the idea that biologically distinct and often bigger and stronger males can declare that they are female and compete as transgendered women in prestigious athletic contests.

Could a younger Bruce Jenner, after winning the men's decathlon at the 1976 Olympics, have reconstructed his gender identity and won again in 1980 as eligible female competitor Caitlyn?

Would women accept men in women's attire as females in beauty pageants? Are transgendered CEOs considered feminist trailblazers who chip away at the glass ceiling? Would parents approve of biological males who have declared themselves transgendered females using the same restrooms as their teenage daughters?

Racial identity is becoming no more biologically based than sexual identity.

A number of prominent white people have declared themselves to be of a different race, apparently on the theory that they are transracial. Activist professor Ward Churchill and Massachusetts Sen. Elizabeth Warren both in the past had falsely claimed Native American heritage.

Rachel Dolezal, a former Africana studies professor and NAACP chapter president, fraudulently asserted that she was African-American. Black Lives Matter organizer Shaun King has been facing allegations that, despite identifying himself as black, he is in fact white. King has also claimed to be a victim of a hate crime perpetrated by supposedly racist whites, though his account of the incident has also been called into question.

Conservatives emphasize the opportunism involved in the construction of assumed racial identities, contending that minority status provides an edge to elites in hiring and admissions. Churchill, for instance, was hired as a professor without a Ph.D. Warren did not list herself as a minority as a college student and did not officially claim Native American heritage until she was working in the competitive world of academia, where minority professors are highly sought. Presumably, Dolezal would not have become a chapter president of the NAACP had it been known that she was white. Shaun King translated his racial status into a high-profile activist role.

Liberals countered -- at least at first -- that the race of Dolezal and King did not matter if these well-intentioned souls were furthering progressive causes. If King constructed himself as black, then perhaps he really was.

But then they were hoisted on their own racial petards.

For a half-century, the engine of diversity preference and affirmative action has been fueled by physically identifiable racial identity -- one-drop rules just as reactionary and exclusionary as those of the Old Confederacy. Race was supposedly easily ascertainable, even still in our increasingly intermarried and assimilated society.

The DNA-derived color of one's skin -- not the content of one's character -- usually alone qualified one for affirmative action. If Shaun King or Rachel Dolezal can become black simply by asserting that they are black, are they then eligible for special minority advantages?

That notion is neither idle speculation nor conservative cynicism. King, for example, received an Oprah Winfrey minority scholarship at Morehouse College. Had he been seen as biologically white, he would never have been frequently interviewed on cable television as a national black leader.

Being white and male supposedly means enjoying innate and undeserved privileged. But now trans-elites reinvent themselves as females or minorities and have access to special advantages or privileges.

We are still fighting the old battle between nature and culture.

Our 21st-century postmodern culture says that we can become whatever we declare ourselves to be. But age-old realities suggest that only nature determines our gender and race.

How odd that progressives publicly insist that we can be what we wish to be, but privately accept the ancient wisdom that we really cannot quite do that -- at least not without dropping the accepted criteria for social institutions such as racially based scholarships, female sports programs or affirmative action for women and minorities.