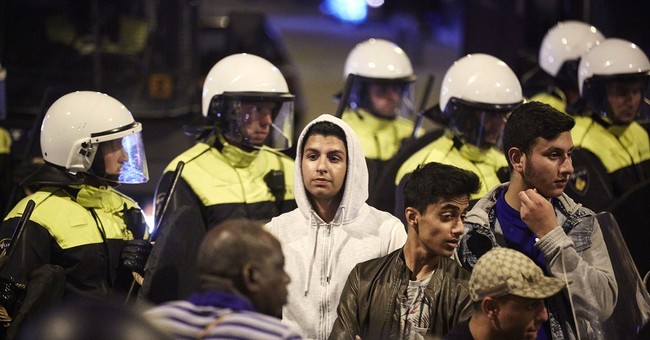 Human nature is unchanging, predictable -- and can be dangerous if ignored.

Five-time deportee and seven-time felon Juan Francisco Lopez-Sanchez, an unauthorized immigrant, recently was arrested in San Francisco for the murder of an innocent passerby, Kate Steinle.

The alleged killer told a local TV station that he came to San Francisco because it was a sanctuary city. San Francisco has long boasted that it would not turn over unauthorized immigrants to federal immigration authorities.

Can it be that announcing such exemptions actually draws in foreign citizens who have arrived in the U.S. illegally and committed crimes?

What is true compassion -- deporting a repeat felon like Lopez-Sanchez back to his home country, or turning him loose on potential victims such as Kate Steinle?

Baltimore just fired its police commissioner, Anthony Batts, for his supposed inability to stop an epidemic of violent crime.

But not long ago, after the riots that followed suspect Freddie Gray's death while in police custody, Batts and Baltimore Mayor Stephanie Rawlings-Blake had promised to rein in the police. They seemed to blame Baltimore's police culture for Gray's death even before the indictments and trials of the arresting officers involved.

Amid the rioting, Rawlings-Blake infamously assured Baltimore that "we also gave those who wished to destroy space to do that as well."

Is it possible that when offenders became convinced they would not necessary be arrested or even questioned -- and would be given space to burn, while police were blamed for being too proactive -- these offenders became more visible, and police less visible?

Given human nature, people also like to blame their self-created dilemmas on cosmic forces not of their own making. Take Greece. The Greek government cooked its books to finagle streams of borrowed Northern European cash.

The Greeks spent what they could not earn faster even than it could be lent. Now, Greece is broke and cannot pay back what it owes.

But do not suggest to the Greeks that their own endemic tax avoidance, featherbedding and corruption caused their financial collapse. It is so much easier for humans to blame "them": in this case, German creditors who either loaned Greeks too much money, or made too much money on the loans, or who had Nazi grandparents who once occupied Greece 75 years ago.

Former Maryland Gov. and current presidential candidate Martin O'Malley deplores staggering student-loan debt. He himself has borrowed almost $340,000 to put his two daughters through college. O'Malley wants a new taxpayer-supported plan of subsidizing college students to ensure that they graduate debt-free and avoid the sort of mess he is in.

O'Malley and his wife, a district court judge, have together made more than $300,000 some years. How did they manage to borrow so much money? And why, well after their two children's graduations, have they not paid these staggering sums back?

Again, it is someone else's fault. But did the O'Malley's have to send one child to $67,000-per-year Georgetown University rather than have her spend her first two years at a junior college? Could they have cut back on their vacations and other expenditures to pay down more on the loans?

Why should taxpayers -- the overwhelming majority of whom make less than the O'Malleys and do not choose to send their children to tony schools like Georgetown -- lament the family's staggering debt?

In all these cases, progressivism assured us that human nature -- self-centered and predictable -- could be improved. Enlightened new theories and policies promised to change behavior by no longer ensuring hurtful punishments or consequences for bad behavior and unwise choices.

In truth, if humans do not face bridles on their often dangerous appetites and recklessness, they are emboldened to do a great deal of damage, not just to themselves but also to others.

Those who borrow sums that they cannot pay back usually blame those who lent them the money -- not their own appetites. And elites never seem to pay firsthand for the consequences of their own naive -- and selfish -- theories about human nature.

Leah Barkoukis
Shaq Does Not Want to be a Celebrity Anymore: 'These People are out of Their Freaking Mind'
Landon Mion
DeSantis Calls on Florida's Secretary of State to Investigate Facebook for 'Alleged Election Interference'
Landon Mion
Gov. Kemp Announces Federal Funds Will Be Used to Pay Georgia First Responders $1K Bonuses
Landon Mion