The Lost Generation: Young People Have Been Had 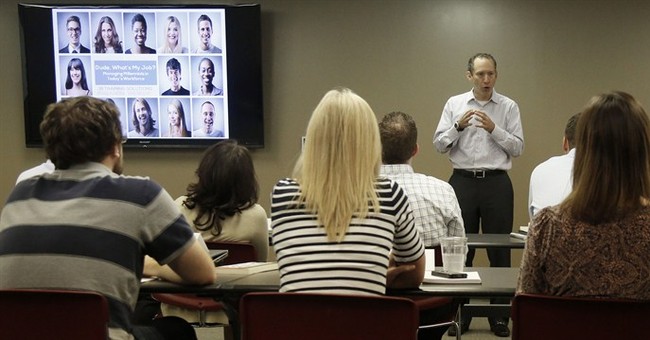 There are all sorts of time bombs embedded within Obamacare.

Will we force doctors to treat the millions of new Medicaid patients who are signing up for services that can be only partially reimbursed? How exactly will the IRS collect penalties from millions of off-the-books youth who choose not to buy coverage?

For those who chose not to buy health insurance in the past, will these newly insured really follow through their initial signups with steady monthly premium payments? If not, how will we collect what they owe? Will all those who lost their coverage have enough money to buy the costlier Obamacare replacement plan?

Among these unanswered questions, the most disturbing pertains to the demand that millions of so-called millennials under 30 must purchase health insurance -- estimated at about $1,700 a year -- that they will hardly use. Their premiums supposedly will subsidize older, in-need Americans who cannot pay the full costs of coverage that they will draw on frequently.

We forget that young people are already targeted for a number of government redistribution plans. Of America's age cohorts, the under-30 bunch is the least likely to be employed, and the most likely to work at low-wage or part-time jobs.

Millennials already pay high payroll taxes for Social Security and Medicare coverage for the elderly. Yet most economists predict that both programs will soon prove insolvent and will not be able to extend the present level of benefits to young contributors when they retire.

We are currently in the greatest economic slowdown since the Great Depression. The now normal 7 percent unemployment hits the young especially hard. Their jobless rate typically ranges from two to three times higher than the national average. Requiring employers to provide Obamacare coverage will spike unemployment and again do the most harm to those first entering the workforce.

Young people in America owe in aggregate about $1 trillion in unpaid student loans. While in theory some of their interest rates are subsidized, many are not and range from 5 percent to 9 percent at a time when mortgages can still be had for about 4 percent.

Universities consistently upped their tuition costs at a rate higher than inflation. They assumed that young people could always borrow more money each year to subsidize a mostly unaccountable institution.

The curricula of far too many universities does not inculcate enough math and language skills. Young people did not dream up the race, class and gender industry that often crowds out skills-based classes and substitutes therapeutic "studies" courses. At a time when students need traditional general education more than ever, colleges are turning out graduates with costly degrees, obtained on borrowed money, that employers do not equate with broadly educated job applicants.

Obamacare will not, as the president promised, "lower the cost of your premiums by up to $2,500 a year." Most estimates suggest that the Affordable Care Act will add trillions to the already huge national debt. The current $17 trillion aggregate debt is largely a result of out-of-control entitlement obligations that skyrocketed the last 20 years and largely were paid out to those over the age of 30.

When interest rates creep up, the cost of servicing the national debt may claim one-third of the yearly federal budget. The millennial generation will come of age to pay higher taxes and receive fewer government services to cover for prior generations who wanted more things on credit billed to their grandchildren.

It is often easy to caricature the young. Today's youth see expensive iPhones and iPads as necessary as a prior generation's cheap pencils and pens. Some younger people wear sneakers and shades that cost more than three months of health care premiums. Suburban kids are as likely to be playing video games on weekend mornings as cutting the grass and raking leaves.

All that said, the aging '60s generation has far more to answer for. We are handing over a very different America to our young people. They have received a worse education than did prior generations at a far greater cost in mostly borrowed money.

There are fewer job opportunities and higher taxes. Others ran up the huge debt; young people will largely pay for it over the next half-century. Early marriage and child-raising, a nice house, two cars and pay-as-you-go college for the kids are all becoming a fantasy of a bygone generation.

Professors talked mellifluously about trendy green issues, gay rights and abortion without ever explaining that those lectures came at high financial costs. "Hope and change" benevolent government sounded great to the young and idealistic. What was left out was that a captivated cohort was taken for granted and thereby seen as an easy mark to pay for it.

In short, young people have been had.