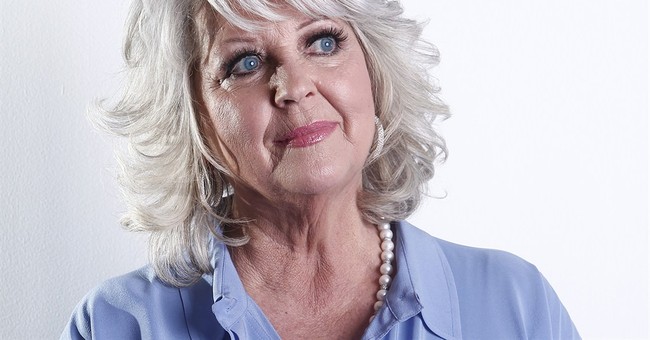 When do insensitive words destroy reputations?

Celebrity chef Paula Deen was dropped by her TV network, her publisher and many of her corporate partners after she testified in a legal deposition that she used the N-word some 30 years ago. The deposition was filed in a lawsuit against Deen and her brother over allegations of sexual and racial harassment.

Actor Alec Baldwin just recently let loose with a slur of homophobic crudities. Unlike Deen, Baldwin spewed his epithets in the present. He tweeted them publicly, along with threats of physical violence. So far he has avoided Paula Dean's ignominious fate.

Does race determine whether a perceived slur is an actual slur?

Some blacks use the N-word in ways supposedly different from those of ill-intentioned white racists. Testimony revealed that the late Trayvon Martin had used the N-word in reference to George Zimmerman and had also referred to Zimmerman as a "creepy-ass cracker" who was following him.

Some members of the media have suggested that we should ignore such inflammatory words and instead focus on whether Zimmerman, who has been described as a "white Hispanic," used coded racist language during his 911 call.

Actor Jamie Foxx offers nonstop racialist speech of the sort that a white counterpart would not dare. At the recent NAACP Image Awards (of all places), Foxx gushed: "Black people are the most talented people in the world." Earlier, on Saturday Night Live, Foxx had joked of his recent role in a Quentin Tarantino movie: "I kill all the white people in the movie. How great is that?"

Foxx has not suffered the fate of Paula Deen. He certainly has not incurred the odium accorded comedian Michael Richards, who crudely used the N-word in 2006 toward two African-American hecklers of his stand-up routine.

Yet whites at times seem exempt from any fallout over the slurring of blacks. Democratic Minnesota state representative Ryan Winkler recently tweeted of Supreme Court Justice Clarence Thomas's vote to update the Voting Rights Act: "VRA majority is four accomplices to race discrimination and one Uncle Thomas." Winkler's implication was that four of the jurists were veritable racists, while Thomas was a sellout. After a meek apology, nothing much happened to Winkler.

Winkler's "Uncle Thomas" racial slur was mild in comparison to the smear of Justice Thomas by MSNBC talking head and African-American professor Michael Eric Dyson, who made incendiary on-air comments invoking Hitler and the holocaust.

In contrast, when talk-show host Rush Limbaugh demeaned activist Sandra Fluke as a "slut," outrage followed. Sponsors were pressured to drop Limbaugh. Some did. Unlike the targeted Palin, Fluke became a national icon of popular feminist resistance.

So how do we sort out all these slurs and the contradictory consequences that follow them?

Apparently, racist, sexist or homophobic words themselves do not necessarily earn any rebuke. Nor is the race or gender of the speaker always a clue to the degree of outrage that follows.

Instead, the perceived ideology of the perpetrator is what matters most. Maher and Letterman, being good liberals, could hardly be crude sexists. But when the conservative Limbaugh uses similar terms, it must be a window into his dark heart.

It's apparently OK for whites or blacks to slur conservative Clarence Thomas in racist terms. Saying anything similar of the late liberal Justice Thurgood Marshall would have been blasphemous.

In short, we are dealing not with actual word crimes, but with supposed thought crimes.

The liberal media and popular culture have become our self-appointed thought police. Politics determines whether hate speech is a reflection of real hate or just an inadvertent slip, a risqué joke or an anguished reaction to years of oppression.

Poor Paula Deen. She may protest accusations of racism by noting that she supported Barack Obama's presidential campaigns. But the media instead fixates on her deep Southern accent and demeanor, which supposedly prove her speech was racist in a way that left-wing and cool Jamie Foxx purportedly could never be.

We cannot forgive conservative Mel Gibson for his despicable, drunken anti-Semitic rants. But it appears we can pardon liberal Alec Baldwin for his vicious homophobic outbursts. The former smears are judged by the thought police to be typical, but the latter slurs are surely aberrant.

The crime is not hate speech, but hate thought -- a state of mind that apparently only self-appointed liberal referees can sort out.