A Peaceful, Easy and Just Prescription for Growth

Veronique de Rugy
|
Posted: Mar 01, 2018 12:01 AM
Share   Tweet
The opinions expressed by columnists are their own and do not necessarily represent the views of Townhall.com. 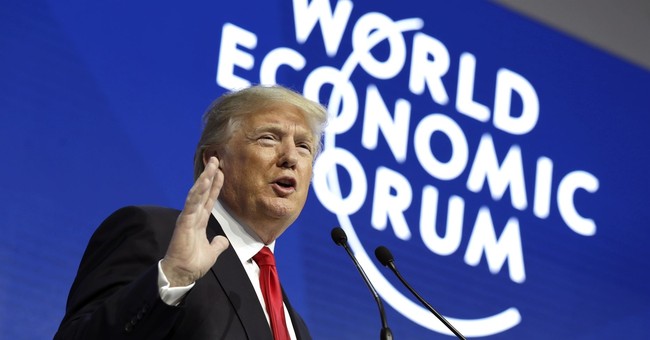 Will the economy grow at 3 percent and sustain this rate over 10 years? That's the question on everyone's mind. In the swamp, answers to that question can often be predicted based on one's political affiliation.

The original claim comes from the Trump budget released a few weeks ago. On the pro side, we have Kevin Hassett, chairman of the White House Council of Economic Advisers. He makes a serious case that under President Donald Trump's policies, 3 percent annual real growth could be a floor. On the con side, you have a former chairman of the CEA under President Barack Obama saying that the economic forecast in the budget is the most absurd he's ever seen.

Predicting what growth will look like beyond the next year is ambitiously hazardous. But people try nonetheless because the stakes are very high. Indeed, the payoff of the economy's successfully delivering higher and sustained growth is huge. Though everyone most likely gains from growth, this payoff is mostly felt in the lower half of the income distribution and helps lift people out of poverty.

In the United States, the difference between a real growth rate of 2 percent and a rate of 3 percent is the difference between doubling real per capita income in 35 years and doubling it in 23 1/2 years. If the administration's forecasts were to materialize, the economy would be $28 trillion bigger in 2028 than currently projected. That's a lot of wealth.

A 3 percent real growth rate would be a sharp contrast if sustained over 10 years. Back in March 2017 (the most recent time the data were made available), the Congressional Budget Office projected 1.8 percent growth over 10 years. Many Americans can still remember the 1990s, when the economy grew at 3.3 percent on average, but they know they haven't experienced that level of prosperity in almost two decades.

The good news is that we know what helps generate higher growth. Academic research has shown that nations that follow Adam Smith's prescription of "peace, easy taxes, and a tolerable administration of justice" enjoy higher growth rates. They also enjoy higher levels of entrepreneurship and innovation and, most importantly, lower poverty rates than countries with less economic freedom.

That's why the Trump administration believes that this economy has the potential to deliver higher growth than in the past. The massive tax reform bill recently passed included undeniably pro-growth reform for the corporate income tax. The change is already triggering larger capital investment, which will fuel higher productivity and growth. But can this be sustained over 10 straight years? Even in an ideal scenario, that's questionable.

Yet we've also seen serious deregulation, which is cause for optimism. And the administration seems committed to removing anti-growth barriers erected in the past, such as occupational licensing schemes and net neutrality regulation.

Unfortunately, Republicans are once again on a spending spree. Even budget assumptions can't hide the trillion-dollar deficits this year and next. That's not good. Economists at the Europe Central Bank, for instance, looked at 108 countries between 1970 and 2008 and found that "government consumption is consistently detrimental to output growth irrespective of the country sample considered." Though our financial problems didn't start under Trump, making them worse can only get in the way of the positive growth triggered by tax reform and deregulation.

It's also disheartening to see the president threatening to implement steel tariffs, withdraw from NAFTA and restrict legal and illegal immigration. Researchers predict that withdrawing from NAFTA could cost us $50 billion annually. When the Bush administration implemented steel tariffs in 2002, steel-consuming industries lost 200,000 jobs as a result of higher prices. That's more workers than there were in the entire steel industry.

Meanwhile, in 2016, American Action Forum scholars estimated that the removal of immigrants here illegally would shrink the economy by 6 percent over 20 years. That would amount to $1.6 trillion in lost wages, spending and other economic activity.

So, are we going to see 3 percent growth sustained over 10 years? Considering the current and growing size of our federal government, it will be hard unless a mind-blowing innovation comes along as the internet did in the 1990s. It would require that Trump officials be as hands-off as the Clinton administration was back then and not shoot the economy in the foot with idiotic price-raising protectionist policies.