Veronique de Rugy
|
Posted: Jun 08, 2017 12:01 AM
Share   Tweet
The opinions expressed by columnists are their own and do not necessarily represent the views of Townhall.com. 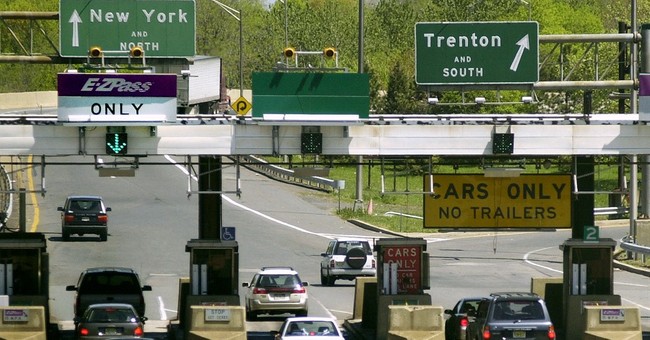 As part of its "Infrastructure Week," the Trump administration is holding infrastructure-themed events around the country this week to promote $1 trillion of private and public infrastructure investment. Based on the 2018 budget outline, we know that the administration intends to seriously streamline the permit process, reduce regulatory barriers and encourage private investment. However, lost in the debate is the fact that the private sector is already the biggest player in the infrastructure sandbox; all the federal government needs to do is get out of the way.

A little-known fact is that the private sector already owns and finances most of the nondefense infrastructure. A new paper by Chris Edwards at the Cato Institute -- called "Who Owns U.S. Infrastructure?" -- breaks it down in great detail. Edwards writes, "In 2015, private infrastructure assets of $40.7 trillion were four times larger than state and local assets of $10.1 trillion, and 27 times larger than federal assets of $1.5 trillion, according to the (Bureau of Economic Analysis) data." Also, 94 percent of the $3.5 trillion of funding in 2016 came from the private sector and state and local governments.

Federal laws and regulations increase the cost of building infrastructure and reduce the return on infrastructure investments, but they also distort the flow of capital investments made by the private sector and state and local governments. Today it takes highway project managers more than six years to actually begin construction, as they must go through myriad environmental reviews, obtain all the required permits and subject themselves to all the relevant laws and executive orders.

Federal financing is bungled, too. It makes little sense for the federal government to take tax money from people in the states, run it through the federal bureaucracy and then send the money back to the states in the form of politically contrived formulas. That is how the current gas tax system works. Instead, state policymakers who believe that their state needs more money for transportation projects should make the case to their constituents that taxes should be increased to fund such endeavors. Allowing the states to reassume responsibility for infrastructure policy would encourage innovation and competition.

For all these reasons, the idea of a national plan to boost infrastructure is bunk. Even if it took the form of fully paid projects, which is never the case, it would amount to massive federal interference in state, local and private affairs despite the pile of evidence that federal employees are unable to make better choices than those who actually own the assets.

Delegating the financing and decision-making to the states is the way to go, along with lowering other barriers for infrastructure investments. To the extent that the Trump plan delivers on that front, it would be an improvement over the status quo.

But it could help by implementing another policy promise: a large cut to the corporate income tax rate and other business tax reforms. Rate reductions would lower the price of capital, which leads to a significant increase in the private capital stock, encouraging decentralized and private investments, some of which include infrastructure.

Capital increases also increase the productivity of labor and wages. So there's something to like for everyone. To the extent that the administration wants to boost the economy with infrastructure projects, that's the way to do it, because simply spending more money won't.