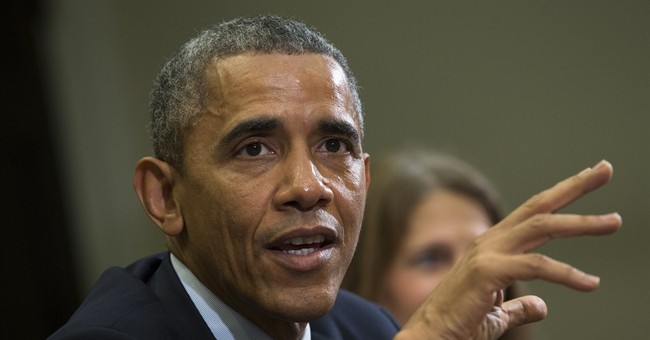 One would think with all the attention given to the issue of income inequality that welfare reform would be a national priority. It is not. Largely ignored by President Obama, welfare itself was not mentioned once in the State of the Union address let alone reforming or improving it. And there is little evidence of reforming welfare appearing on the legislative agenda in the new Congress.

This is an opportunity for Congress to do something big and encourage the President to confront the very issues that are at the root cause of income inequality. It is also an opportunity to instill fiscal responsibility by reviewing some of the top cost-drivers in the federal budget.

By some estimates, means-tested welfare programs exceed $1 trillion annually, the largest spending component in the federal budget. The 80-plus means-tested welfare programs are so vast and complex, that they are unmanageable from a system-wide perspective. There are so many programs that policymakers cannot even agree on a precise number, or even what constitutes “welfare.” Add programs commonly referred to as “benefits,” such as Social Security Disability, and the costs are dramatically higher still.

In the non-profit and faith-based communities which are on the front lines of fighting homelessness, substance abuse, lack of job skills and unemployment, organizations are increasingly held to a higher standard to obtain private sector investment. The federal government operates on its own standard of minimal to non-existent accountability. Beyond cost, little to nothing is known about results – how many people move from poverty to employment?

House Ways and Means Chairman Rep. Paul Ryan said programs enacted since the War on Poverty fifty years ago measure how much is spent,“and we haven’t been measuring outcomes.” In other words, the question he raises is whether or not nutrition programs, cash assistance, health care, job training and emergency shelter programs are helping individuals reach escape velocity from the throes of poverty.

“We want to fix our safety net so that federal programs work for the sick and the poor, without trapping able-bodied Americans in poverty,” said Ryan in the Milwaukee Journal-Sentinel this month.

But it is hard enough to improve the tax code which is the primary focus of the Ways and Means Committee. There must be more voices in Congress pushing for welfare reform. As Chair of the Budget Committee in the last Congress, Ryan issued a report that quantified anti-poverty programs as a first step towards instilling management and oversight over what he intends will become “welfare reform 2.0.”

We should be at least on welfare reform 5.0 by now. The last major reform of welfare took place nearly 20 years ago under Bill Clinton and a Republican-led Congress at a time when government databases resided on computer storage devices, not web servers. Among its major changes, the 1996 measure imposed a work requirement, an expiration date for benefits and distributed block grants to states. This is just one $16 billion program for what is now called Temporary Assistance to Needy Families.

Recognizing the need to get a handle on the federal government’s data and reporting requirements, Ryan introduced a bipartisan bill with Sen. Patty Murray in the last Congress to provide meaningful information to evaluate the effectiveness of the welfare system. The Evidence-Based Policymaking Act of 2014 languished in a Senate committee.

Getting a handle on collecting data and reporting it in an accurate and consistent manner is step one to evaluating these programs. The alternative is the current stove-piped approach where dozens of federal department and agencies put out what is largely bureaucratic jargon that is difficult for even the most well-informed member of Congress to understand, let alone the public.

If Congress is serious about welfare reform, they will pass this legislation and send it to the President.