The Fossil Fuel Divestment Movement, if Effective, Will Harm Students and the Poor 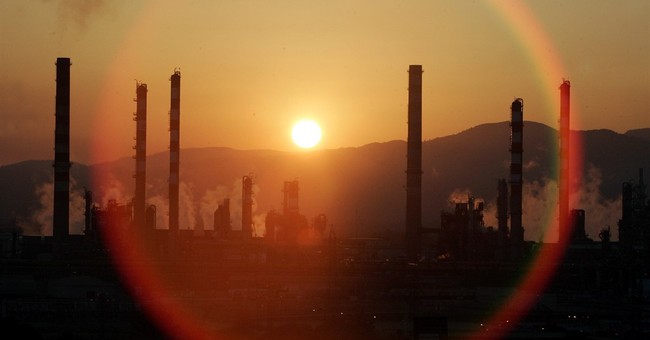 Environmental activism among college students has recently been channeled into a movement to pressure college endowments to divest their holdings of stock in companies that extract fossil fuels. Beginning at Swarthmore College, the fossil fuel divestment movement (FFDM) has already had an impact on some colleges and universities, including Stanford, Georgetown, and Oxford. Many activists hope the FFDM will help persuade governments to restrict the extraction and use of fossil fuels.

Whatever the economic consequences for colleges and universities, widespread divestment, particularly if it leads to restrictions on fossil fuels, will do a great deal of harm without much benefit to the climate or the environment.

Proponents of divestment argue that keeping global temperatures from rising more than 2 degrees Celsius requires that total emissions of carbon dioxide not exceed 565 gigatons. Fossil fuel companies hold enough coal, oil, and natural gas reserves to emit 2,765 gigatons, according to a 2012 article in the Rolling Stone written by Bill McKibben, a leader in the FFDM and founder of the climate activist group 350.org. An important goal of the movement is that those who hold coal, oil and gas reserves keep most of them in the ground, rather than selling them to be burned, so that less CO2 is emitted into the atmosphere. This goal could be achieved if governments tax or restrict the extraction or burning of fossil fuels.

The FFDM is being promoted as a grassroots movement among college students who care about the environment. However, its organizational and intellectual framework comes from professional environmental activists and environmental organizations that train college students and put them forward as the face of the movement. Many students encountered the ideas behind the FFDM in sustainability classes sponsored by their colleges. Professors at two colleges gave students college credit for working on fossil fuel divestment campaigns.

McKibben says one goal of divestment is to weaken the political power of oil, coal, and gas producers, which he views as the richest and most politically powerful industry “on earth.” As the FFDM sees it, large corporations like Exxon block efforts to promote reforms, such as a tax on carbon dioxide emissions. To counter this, supporters of divestment are trying to pressure governments to favor “sustainable” energy sources, such as wind, solar, and hydroelectric power.

Divestment by itself is unlikely to have much impact on fossil fuel corporations. It could, however, reduce endowment earnings of colleges that choose to participate—thus necessitating raising tuition and other fees. Its biggest impact may be to politicize and radicalize students.

It has been a mark of the climate change movement to try to silence dissenting opinions. According to the National Association of Scholars, “advocates of divestment” avoid “real debates about energy and environmental policy and scorn discourse as needless delay.” Although student groups advocating divestment often begin by seeking a hearing from university administrators and board members, if their demands are not heeded, they pursue confrontation rather than discussion and debate. They dismiss those who disagree with their goals or tactics as “climate change deniers” or stigmatize them as immoral.

Since the FFDM’s ultimate goal is to drastically reduce the use of fossil fuels, student activists would do well to consider what impact eliminating fossil fuels would have on their own lifestyles. Students are highly dependent on technology that uses electricity, 67% of which is generated from fossil fuels. Are these students ready to lose two thirds of their mobile phone use, social media time, radio, television and computer time, not to mention lighting and air conditioning and laundry machine use, unless they pay much more for electricity generated from alternative energy sources?

Colleges should encourage students to examine the evidence about the impact CO2 emissions have had on the climate rather than uncritically accepting the assertions of leaders of the FFDM that CO2 will cause catastrophic climate change. Contrary to standard predictions that global average temperature should have risen by about 0.97°F over the last 18 years and 8 months, it has been flat, indicating that CO2’s heating effect is significantly less than was thought.

Students should also consider the likely economic consequences of policy that restricts CO2. Proponents of divestment claim to be promoting social justice, but how many of them have heard or considered how inexpensive fossil fuel powers economic development that benefits the poor? How many understand the extent to which their high standards of living are the result of production powered by fossil fuels and that without government subsidies, the cost of alternative energy sources would be out of reach for lower income people even in wealthy countries?

Those supporting divestment see themselves as the successors of those who fought apartheid and tobacco by the same means. But fossil fuels, unlike tobacco and apartheid, have important health benefits. They are used in fertilizer, which has reduced famine and improved the diets of billions of the world’s poor. If electricity generated from fossil fuels becomes available to homes in developing countries, people no longer cook or heat with wood or dung fires the smoke from which now kills about 4 million a year, mostly women and young children.

The poor would suffer the most from drastic reductions in the use of fossil fuels. Those who really care about social justice need to reconsider their support of divestment in light of the impact of restricting fossil fuel availability on the poor.