Is Our Government Really Broken? 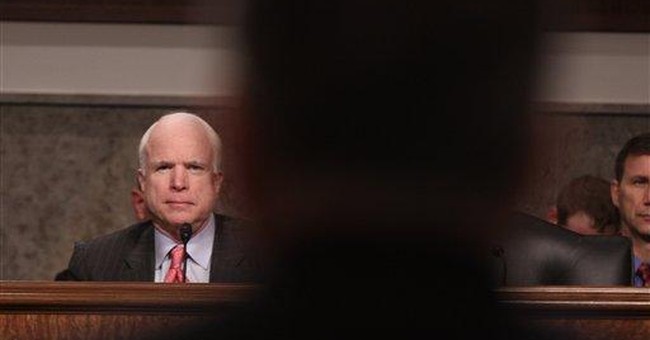 If you want to see broken government, consider the fall of the constitutional Roman Republic and the rise of Julius Caesar: "Fortune turned against us and brought confusion to all we did. Greed destroyed honor, honesty and every other virtue, and taught men to be arrogant and cruel, to neglect the gods. Ambition made men false. Rome changed: A government which had once surpassed all others in justice and excellence now became cruel and unbearable." So said the historian Sallust at the time.

But in retrospect, while moral decay surely played its part, the more complete explanation for the fall of the Roman Republic lay in the consequences of the successes of Rome's vast Mediterranean conquests. The flow of wealth into Rome from the conquered empire -- which had been built to protect the city-state of Rome -- undercut the republic it was built to protect. The Roman constitution had been designed to govern a city-state, but with the wealth of empire came severe economic inequalities that the Roman Senate would not, or could not, resolve. Demagogues arose, private armies were formed -- and finally force of victorious arms replaced republican government.

Another familiar example of broken government was our Washington government in the 1850s, which failed to peacefully resolve the matter of slavery. Once again, force of arms was required to resolve an existential crisis of a republic. Six hundred thousand Americans died during our Civil War. Although I and most Americans (at least outside the South) think Abraham Lincoln acted wisely and saved the republic -- and we returned to more or less constitutional government in 1865 -- it cannot be denied that America got its first real, sustained taste of authoritarian government under Lincoln.

We had better hope our government isn't broken -- or we are likely to have more to worry about than 10 percent unemployment.

In fact, as many have observed recently, our government is working just fine -- blocking the enactment of unpopular laws by a government that is out of step with the people. There is nothing new in that. I served in the Reagan White House and with Newt Gingrich in the 1990s. I recall feeling both times that government was broken -- the filibuster was blocking our majority rule -- because we couldn't get "vital" legislation enacted. (In fact, both times I was involved, inter alia, in the failed effort to close down the Department of Education, saving only its essential student loan functions.) We overreached. We got a lot done, but only that with which the public was comfortable.

Other administrations, including Jimmy Carter's, complained that government was broken because they generally were incompetent to lead. However, a form of government and the public are functioning adequately not only when they block bad or unacceptable law (as currently is the case) but when they are able to solve great dangers to the nation. We may soon get a test on that second matter.

There is broad agreement (as close to a universal agreement as we have seen on a great issue) that if we don't get our national debt and deficits to sustainable levels, we may never recover our prosperity -- and will then lose our military strength and our great sovereign freedom.

If, as many expect, the Democrats lose effective or actual control of Congress in the November elections, it is likely to be because the public has risen up and rejected the party that has brought us these intolerable multitrillion-dollar deficits with a budget proposal that fails even to propose a path out of the morass.

Although many hard decisions will have to be made, everyone agrees that at the core, we have to reduce vastly the current estimated $50 trillion of unfunded liability that exists in our entitlement programs -- Social Security and Medicare particularly.

So, should the election play out as described, 2011 will be the year that will test whether our government is broken, because a pretty good definition of a broken government (or more accurately, a broken polity -- a government and its electorate) is one that agrees on a great threat to society, agrees broadly on what needs to be done -- and cannot do it.

While many of us have for years complained of our failure to get entitlement costs under control, in fact, only starting in 2011 will the true test of our polity begin. Because only now is there a strong majority that sees the danger.

Until the 1990s, federal deficits were the concern merely of the green-eye-shade part of the Republican voters. Most Democrats, independents and some Republicans didn't vote based on that issue. Then Ross Perot came along and ran on the deficit issue, thereby expanding the part of the electorate that really cared about deficits. Then in 1994, Newt Gingrich and the new Republican majority championed trying to get to a balanced budget (and succeeded, with Bill Clinton in 1997).

Still, only about half the electorate really cared about deficits. However, during the George W. Bush presidency of 2001-09, most Democratic voters came -- for the first time -- to loudly, emphatically and constantly attack deficits. Thus, in 2009, for the first time since the rise of Franklin D. Roosevelt, a big majority of the public is alive to the dangers of excessive debt and deficit. And just at this moment, we get these staggering multitrillion-dollar-per-year deficits.

Now the danger is manifest. Assuming the November election plays out as suspected and the public manifests its deepest concern -- if the public will not support or the government of 2011 does not enact genuine structural reductions sufficient to honestly project our debt to be under control for the long term -- then we can honestly say that our government is broken. Then we will know that we are in for a hellish future.