As a Black Woman with a Voice, I Must Fight to Save My Race

Toni McFadden
|
Posted: Dec 14, 2020 11:10 AM
Share   Tweet
The opinions expressed by columnists are their own and do not necessarily represent the views of Townhall.com. 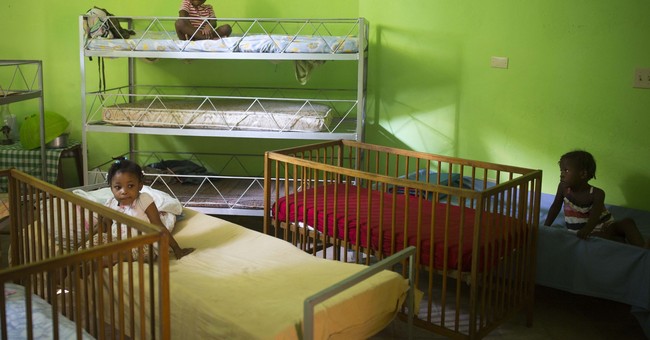 As a black woman who proudly and publicly voted for President Donald Trump, I now face accusations that I’ve betrayed my race as I fought to save it. My choice in any election and the choice now in Georgia is to Vote Pro-Life First to address the acknowledged racism of abortion industry founders like Margaret Sanger and infamous eugenics supporter Marie Stopes among others, and to end their abortion legacy seen in the dramatic loss of black lives to abortion.

The same harm of slavery continues today as another class of people are robbed of their human right to life—the preborn—and it is for them that I fight. And once again, people of my race suffer more greatly because of what Roe v. Wade currently allows. Consider that “the abortion rate for black women is almost five times that for white women,” according to the Guttmacher Institute.

About 13 percent of American women are black, yet black women make up over 38 percent of those who get abortions.  Statistics from the CDC show that abortion ratios from 2007-2010 increased for black women, while those of white women decreased. Not only are more black babies aborted than born in New York City, the numbers are concerning at the national level as well.

Yet I face accusations of being racist from commentators such as Michael J. Stern who said Trump voters want “the same country that built itself largely on the backs of slaves who had their most basic human rights stolen and whose descendants, more than 150 years after emancipation, still carry the weight of the chains that held them down.”

I and others rejected that kind of heavy-handed messaging to make a different choice with our vote than the one traditionally expected of us. President Donald Trump made gains with black voters in 2020, including with black women. Yet the Democratic Party still takes my demographic for granted and expects to win my vote, and the votes of black people like me in Georgia, with promises of fewer members of my community surviving in the womb.

The Democratic Party unequivocally supports Planned Parenthood, which has placed nearly 80 percent of their abortion facilities within walking distance of minority neighborhoods communities.

Considering the legacy of its founder, Margaret Sanger, this seems to be the aim all along. Sanger oversaw the “Negro Project,” designed to exterminate and weed out members of the community—my community.  Over 100 years after its founding, Planned Parenthood’s racist legacy continues. The organization accepted donations for the purpose of aborting black babies. They oppose legislation which would make it a crime to abort a baby based on race. Planned Parenthood’s own employees have raised concerns over racism.

Do you know what the No. 1 killer of Blacks is? It’s not black on black crime, police brutality, guns, drugs, or heart disease cancer. It’s abortion, which has killed more of us than AIDS, accidents, violent crimes, cancer, and heart disease combined.

The long-term population impact for the black community is frightening. Michael Novak, the George F. Jewett scholar at the American Enterprise Institute, explained that without abortion “… America’s black community would now number 41 million persons. It would be 35 percent larger than it is currently. Abortion has swept through the black community cutting down every fourth member.”

At this rate, our population could be in serious trouble if it continues.

If we truly believe that Black Lives Matter, then we must also advocate for how Preborn Black Lives Matter. While in Baltimore on August 5th, I painted “Black Preborn Lives Matter” with Students for Life and the Frederick Douglass Foundation. Our messages were ultimately washed away—while others remained—though I still hope the community is hearing our message even if we are silenced.

At 18, when I did not yet know the truth, I gave into the lies of the abortion industry and aborted my first child. I have since dedicated my life to ensuring others don’t miss out on hope and a future.

How can anyone call me a racist when I’m passionately motivated to save black Americans’ lives so that we can continue to remain not just a formidable voting bloc but a vibrant community? What is racist is to dictate my voter preference based on my race. I can’t afford to let it bother me though, not when I know deeply in my heart that the future of my race is what’s at stake.

Toni McFadden serves as Minority Outreach and Healthy Relationships Director with Students for Life of America, now on more than 1,250 groups on college, university and high school campuses in all 50 states. She is an international speaker and founder of the programs Pro-Life speaker and Relationships Matter. Follow her on IG at tonimcfadden12.