Tom Purcell
|
Posted: Dec 27, 2016 12:01 AM
Share   Tweet
The opinions expressed by columnists are their own and do not necessarily represent the views of Townhall.com. 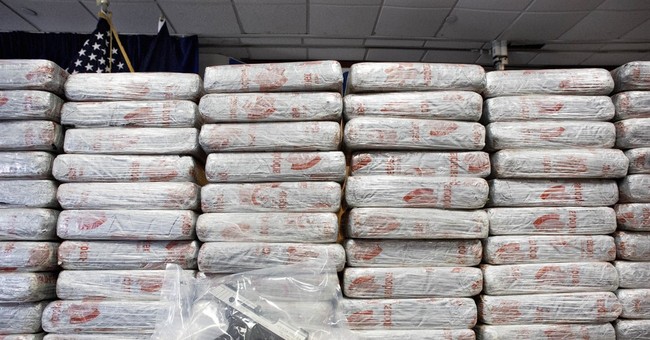 I didn't know the young man well - I'd hired him to do some handyman work around my house - but it was awfully unpleasant to learn that he died at 24 with a needle in his arm.

It was a bad batch of heroin. The statistics will tell you he was one of the thousands of people to die from heroin addiction - a problem that is growing fast.

What the statistics can't tell is that the young man was smart, talented and worked hard. He had a wonderful work ethic and tremendous pride in his work. He could have gone on to college or mastered any trade. His addiction took it all away.

According to the National Institute on Drug Abuse, "nearly 80 percent of heroin users reported using prescription opioids prior to heroin." That is, they begin by using prescription medications, such as such as OxyContin, a morphine-like drug. They begin one of three ways: They acquire the drugs from family or friends or they are prescribed the drugs by a doctor.

In the 1960s, addicts tended to be street users who lived in impoverished neighborhoods. Today, addicts include soccer moms, business executives, and high school kids from suburban communities.

As heroin floods into the country from places like Mexico and Afghanistan, lives are being destroyed. The Centers for Disease Control and Prevention report that nearly 13,000 Americans died in 2015 from heroin overdoses - 2,000 more than the prior year.

In 2015, according to the CDC, for the first time, more lives were lost to heroin overdoses than to gun homicides. Just eight years earlier, gun homicides outnumbered heroin deaths by more than 5 to 1.

The powerful addictiveness of the drug is driving these statistics. Like any drug, the more heroin the addict uses, the more he needs to experience the same high. If the addict stops using, he'll go through a world of hurt: depression, nausea, jitteriness and extreme flu-like symptoms.

Most addicts can't bear the symptoms, so they keep getting more heroin.

Those with money have the means to fund their death spiral. The odds are that they'll keep buying more heroin until they finally overdose fatally - as happened to actor Philip Seymour Hoffman a few years ago.

Those who lack the funds frequently steal from family members or break into homes and businesses to fund their next fix - a bank a half-mile from my suburban home has been robbed four times in the past 18 months by heroin-addicted young men.

The only hope for addicts is that they get professional counseling and make it through a few weeks of painful detox. Even under the best-case scenario, they will be addicts for life.

The only hope for the country is that we take aggressive steps to deal with the heroin epidemic. The Obama Justice Department issued a three-part strategy last autumn - prevention, enforcement and treatment - to crack down on drug dealers and provide more treatment to help get addicts clean.

President-elect Donald Trump has promised to take aggressive steps to address the challenge. He pledges to stem the flow of heroin that is flooding across our borders, though he hasn't yet issued any specific plans.

Whatever the case, in 2017 we have to make a concerted effort to address this horrible epidemic. Otherwise, it will continue to devastate lives, families and communities all over the country.