Why Unemployed Men Don't Do Housework 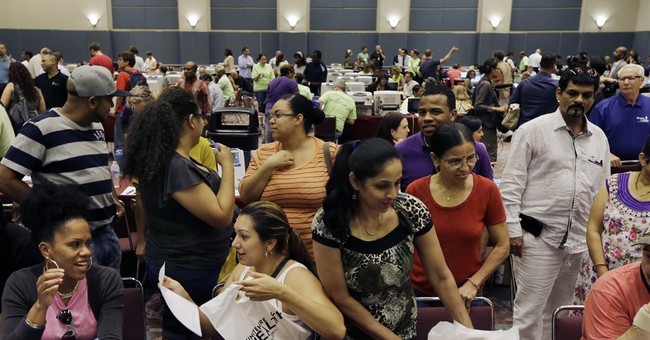 Women have long been annoyed that they do more housework than men, as demonstrated by many studies, but now they are really steamed.

Last December, The New York Times reported on a regrettable trend. The number of men between the ages of 25 and 54 who are unemployed is at all-time high: 16 of every 100 men in that age range have not been able to find jobs - compared to the 1960s, when only about five of every 100 men were without work.

Why the increasing number of unemployed men in this age range? More are still in school. Some have retired early, not necessarily by choice. Others are on disability. And, discouraged by our still-struggling economy, others have dropped out of the workforce.

Rather than trying to understand and correct this growing trend, some are more interested in another finding about unemployed males: that even when men are out of work, they STILL do less housework than women!

As it goes, a fellow named Josh Katz reviewed data from the American Time Use Survey and compared how much housework and caregiving "nonemployed" Americans do.

"The survey compared 147 women with 147 men," says Salon. "Out of that group, 81 women spent most of their time on housework or caring for others, compared with 34 of the men."

The Slate article concludes that the reason women handle more housework than men - even unemployed men - is "because it's understood as their duty to get this work done in a way that is not true for men."

But I think the answer is much simpler than that: Men and women are different.

The fact is, men and women are wired differently - our DNA is different, and the reason why goes back thousands of years. But don't ask me, ask therapist and social philosopher Michael Gurian.

In his book, "What Could He Be Thinking? How a Man's Mind Really Works," he cites decades of neurobiological research and brain scans that show the male and female brains are very different.

Take listening. One brain-imaging study shows that men listen with only one side of the brain, whereas women use both. Women wouldn't believe how many other things we men use only half a brain to do.

Another brain study shows that the male brain doesn't pick up as many sensory cues as the female brain. When a man walks into his house, he is less likely to notice dust - which, apparently, consists of fine, dry particles that settle on furniture.

I like a clean house, but it takes me forever to get it done and I loathe every moment of it. Yet I love cleaning my car and am happy to spend a couple hours making it just right

That's not to say men should not understand their shortcomings and manually override their bad habits to pick up their housework game. I'm just saying that our DNA is what it is, and it may take many years before men also are wired to do their fair share of the housework.

So, rather than focus on housework imperfections of unemployed males, wouldn't we all be better off if we focused on getting these fellows back to work?

Work is good for the soul, for happy marriages and households, and we certainly need more tax receipts to cover our country's bills.
Oh, Brother: Bill Clinton Calls on Senate Republicans to 'Do the Right Thing'
Beth Baumann