Why We Need a Better Sense of Humor 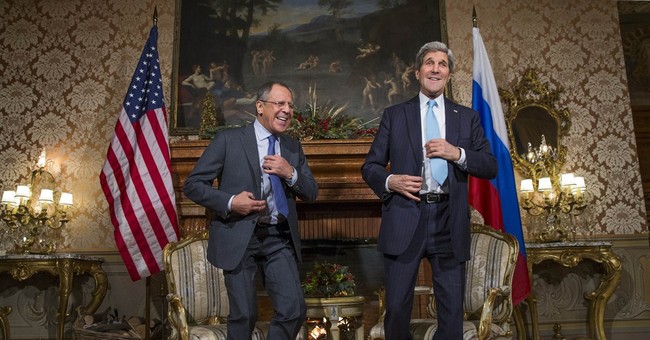 Boy, does the world need a better sense of humor right about now.

Humor, says Merriam-Webster, is "the ability to be funny or to be amused by things that are funny."

Humans are at their best when they are amused. Few things can better reduce stress or shed light on truth than a good joke.

President Reagan had a grand sense of humor - and used it with great deftness to advance his program.

He told one joke about a man, then living in the Soviet Union, who went to a government office to order a new car. When he laid down his money, he was told there would be a long wait.

"Come back in 10 years and pick up your car," said the government servant.

"Morning or afternoon?" said the man.

"What difference does it make?" said the servant.

"Because the plumber is coming in the morning."

British academic and joke theorist Christy Davies says a good joke can help clarify and express complex feelings. A good joke can cut to the heart of the matter better than any speech or law or government policy.

The lack of a sense of humor can do the opposite.

When I was younger, and going through a rough patch in my career, I was miserable.

After I'd been moping around for a few months, my mother let me have it.

"You have lost your sense of humor," she said, "and you need to get it back."

She was correct. Lacking good humor, I trapped myself in the narrowness of my own small consciousness, making relatively small challenges into giant problems.

A sense of humor is the way out of narrowness. Learning to laugh at yourself is healthy. And people who laugh the hardest are always the healthiest.

True, laughter often depends, as the old saying goes, on whose ox is being gored.

Night Live" founder Lorne Michaels has noted that the show often pokes fun at Republican politicians because Republicans find it funny - they don't take the ribbing as personally as do some with other political points of view, he said.

I didn't know much about Charlie Hebdo, the French satirical newspaper that was attacked by terrorists 11 days ago. Two gunmen killed 12 people in the editorial office.

As it went, the magazine had published provocative cartoons that caricatured the founder of Islam, and the terrorists entered the building with guns to exact revenge. The cartoons apparently didn't tickle the gunmen's funny bone.

Though some may find such satire insulting and inflammatory, the Charlie Hebdo editors and cartoonists did not deserve to be killed for publishing it, and the acts of the two gunmen who killed them can in no way be validated by anyone.

The handful of critics who suggest that the editors and cartoonists partly brought the attack on themselves are missing the point. Nobody should be murdered because of satire. Ever.

And though biting satire may be unpleasant at times to some, one thing we can agree on is this: We need more good humor in the world and we need it fast.

Here's one joke I think we can all agree on:

"It's so cold today, the politicians had their hands in their own pockets."