It’s Good to Have to Get Things Done 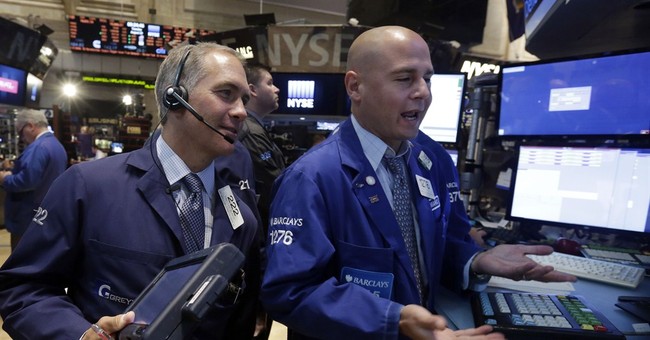 Did you ever have a week in which you had an impossible amount of work to complete, yet somehow got it done?

Likewise, did you ever have a week in which you knew your workload would be light, so you made grand plans to complete a personal project —and ended up loafing and getting very little done?

Such behavior is true for most people. It's amazing what we can do when we have no other option but to get our work done. This old saying is also true: “If you want to get something done, assign it to someone who is busy.”

The fact is, it is good for human beings to have things they must do. It's good to have deadlines and pressure and jobs and projects that we must complete. Our work can be stressful, but as we succeed, we are lifted up. We grow our skills and sense of self-worth and are able to take on ever greater challenges. We become self-sufficient and attain the means to provide for our families.

So why are we encouraging so many people to not achieve self-sufficiency through our welfare programs?

According to Robert Rector, a poverty researcher at The Heritage Foundation, “federal and state welfare spending today is 16 times greater than it was when President Lyndon B. Johnson launched the War on Poverty.”

Yet 15 percent of Americans, according to the U.S. Census Bureau, are still living in poverty —a percentage that is about the same as it was 50 years and $20 trillion ago.

Roughly 100 million Americans are receiving benefits from one or more of these programs, but only about 3 percent of these funds are considered “income”by the census.

“In other words, the government's official ‘poverty' measure is not helpful for measuring actual living conditions,”Rector says.

The census is good at measuring self-sufficiency, however, which is “the ability of a family to sustain an income above the poverty threshold without welfare assistance.”

Rector says the census accurately reports there has been no improvement in self-sufficiency for the past 45 years —even though self-sufficiency was LBJ's primary goal when he launched his war on poverty.

Why the lack of progress?

“Welfare breaks down the habits and norms that lead to self-reliance, especially those of marriage and work,”says Rector. “It thereby generates a pattern of increasing intergenerational dependence. The welfare state is self-perpetuating: By undermining productive social norms, welfare creates a need for even greater assistance in the future.”

Most everyone agrees that we need a safety net to help the truly needy. But aren't we casting too wide a net? Aren't we ultimately incentivizing many able-bodied people to not become self-sufficient and not pursue their true potential?

I am grateful there are no federal programs —that I know of —that pay writers to write, as our government did with 7,000 writers during the Great Depression. If I were offered just enough dough to keep a roof over my head, I just might go for it —and, knowing my habits, I'd sit at home every day, not getting any writing done.

I can't imagine how difficult it is to become self-reliant if you are currently depending on government programs, but Rector says the way out is to reform the programs so people are encouraged and guided toward lives of self-sufficiency.

How much better off will we all be when more of us have an impossible amount of work to complete in a week, yet somehow get it done?