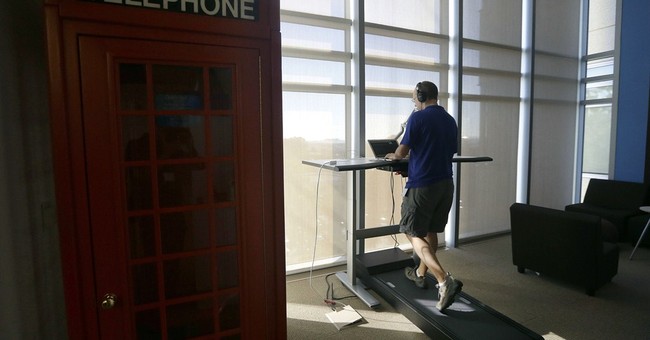 Trending
It was just a matter of time for the program to be abused. I refer to the Telework Enhancement Act of 2010, which provided government employees the opportunity to do their jobs from home. Teleworking is generally a good concept. Federal employees who work from home require less office space, which saves us taxpayers money. Teleworkers don't plug up the roadways during rush hour, and they save a fortune on gasoline and vehicle-maintenance costs. But, according to Government Executive magazine, some federal teleworkers are abusing the program. The Commerce Department's inspector general issued a report that found 19 paralegals within the Patent and Trademark Office were given so little government work to do that they "watched television, surfed the Internet, used Facebook, performed volunteer work for a charity, washed laundry, exercised at home, read books and magazines, shopped online or cleaned dishes." Surely, you ask, these employees were disciplined for their misuse of their time? Nope, they got performance bonuses worth between $2,000 and $3,500 a year. The total cost to the U.S. Treasury over four years: $5.1 million. Surely, you ask, the managers were unaware of what their employees were doing - that is, what they weren't doing - while supposedly working from home? Oh, no, the managers were fully aware. They simply "looked the other way" as employees booked their time under a special "other time" billing code.
CARTOONS | Michael Ramirez
View Cartoon
Why the heck would the government hire people when it had no work for them to do? Good question. To understand the answer, you have to set aside reason and try to understand how the government operates. Back in 2009, apparently, some of the higher-up managers feared that a hiring freeze was coming, so they hired people the Patent and Trademark Office didn't need, just in case it would one day need them. That is madness. The managers should have found some real work for these employees to do that would have brought some value from all those taxpayer funds, you say? "Some managers felt constrained by the contract the employees have with the National Treasury Employees Union," reports the inspector general. In other words, it was way easier for managers to not assign these employees any work than to jump through hoops to give them work that their union would be OK with. That's why, says the inspector general, their efforts to create special projects were "feeble, half-hearted and ineffective." As someone who is a teleworker - I provide professional writing and communications services for a living - I admit I am envious of government employees. Regrettably, being self-employed, I only get paid when I produce something my clients value. I have searched my whole life for someone who would pay me to watch television, surf the Internet and go to the gym, but the only offer I have got thus far came from an eccentric 92-year-old widow - and I'm thinking it over. In any event, even though I often work into the wee hours to help my clients hit their deadlines - even though I am agitated that the thousands of dollars I pay in taxes are funding some government employees who are paid to do nothing - I know I am better off. At least I have the satisfaction of producing real work that helps my clients achieve their strategic objectives. By doing so, I have a greater sense of self-worth. It must feel pretty awful working for the government and being paid to do nothing all day.

But, as I said, when the government got into the telework business in 2010, it was just a matter of time for the program to be abused.