Let Boys Be Boys this Summer 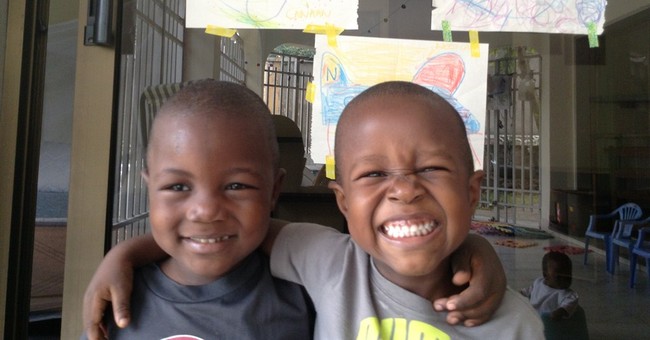 Ah, summer. What a great time for boys to read "The Dangerous Book for Boys."

First released in the U.K. in 2006 and the U.S. in 2007, the book is filled with useful information on how to make knots in a rope, build a go-kart or treehouse, create a working bow and arrow, and engineer a proper water bomb.

The book is also filled with stories of famous historical battles, information about dinosaurs, the moon and the Declaration of Independence, and other interesting tidbits, such as how to play marbles and chess, make invisible ink and create spy codes.

The book has sold well in both the U.K. and the U.S. for a variety of reasons - most of all because it celebrates boyhood and couldn't care less about being politically correct. It celebrates the fact that boys, unlike girls, generally like to go out in the mud and play, build things with their own hands and allow nature to unleash their imagination and all five of their senses.

"I think we've come through the period when we said boys and girls were exactly the same, because they're not," author Conn Iggulden told The Associated Press. "Boys and girls have different interests, different ways of learning, and there's no real problem in writing a book that plays to that, and says, let's celebrate it. Let's go for a book that will appeal to boys."

We have in our population too many males, now in their 20s or 30s, who were not permitted to be boys this way when they were lads.

Such young men were persuaded to shun the ways of their fathers and grandfathers - men who were short on words and long on action, and never fretted over feelings, roughage or good prostate health.

But in the past three decades, the traditional American male has been under attack. He has been called closed-minded, archaic and sexist. Thus, modern boys are pressured to show their feelings.

Today, the landscape is polluted with sensitive "New Age" 20- and 30-year-olds. Touchy-feely fellows with soft voices and caring eyes. Fellows who mist up at bridal showers and clap heartily the first time their sons use the commode for "No. 2."

It's not their fault entirely. Many of them were forbidden to go outside to play, learn, invent and discover. They were held captive inside their homes, where they got fat off of snack foods as they played on computers under the careful watch of adults.

It's not their fault they were given unusual, soft names intended to celebrate their specialness. One is hard-pressed to find a Tom, Mike, Jim or Joe under 40 these days.

It's not their fault some had moms who dressed them up in color-coordinated knickers, suspenders and saddle shoes - and dads afraid to say what every good father must say in such a situation: "No son of mine is going to wear any damn knickers!"

But we can correct these wrongs. We can start by encouraging boys to do boy things as boys have done through summer months ever since boys have existed.

Here's a good start: Let nature unleash their imagination and senses this summer.

When boys are free to catch crayfish, build ramps to jump their bikes and conduct any of dozens of other enjoyable activities outlined in "The Dangerous Book for Boys," they will blossom into fine young men who will not attend bridal or baby showers and will leave it to others to clap when Junior succeeds on the commode.

Incidentally, you can unleash the imagination and senses of girls, too. That is accomplished in Iggulden's equally robust volume, "The Dangerous Book for Girls."