We Want Politicians to Lie 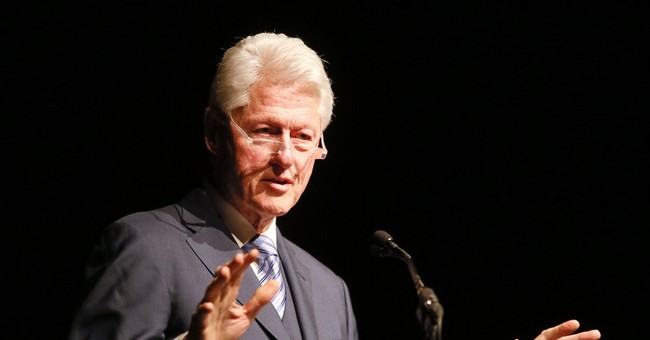 Get this: The U.S. Supreme Court is about to decide whether false accusations and mudslinging during political campaigns are illegal.

As it goes, during the 2010 election in Ohio, an anti-abortion group, the Susan B. Anthony List, sought to launch a billboard campaign that accused then-Rep. Steven Driehaus, a Democrat, of supporting taxpayer-funded abortion - because he backed ObamaCare.

But an Ohio law that makes it illegal to knowingly or recklessly make false statements about an opponent during an election killed the ad. The billboard owner, worried about getting sued, declined to run it.

After the election, the Susan B. Anthony List challenged the Ohio law as unconstitutional - that it infringed on the group's First Amendment right to free speech. The Supreme Court will decide the case soon, and I surely hope the Ohio law is overturned.

Though a strong argument can be made that ObamaCare will ultimately cause private insurance funds to finance abortion, here's what is also true: False statements and lies are the bread and butter of American politics.

We want our politicians to lie.

The greatest political yarn spinner in my lifetime was President Bill Clinton. He protected us from boring government stuff. So long as the stock market was high and the budget was in surplus, his antics, and frequent whoppers, were sources of great amusement.

There is a line on acceptable political yarn spinning, however, and Clinton finally did cross it ("I did not have sexual relations with that woman."). If only he'd heeded the old motto: You can fool some of the people all of the time, and all of the people some of the time, but sooner or later, Hillary is going to find out and throw a lamp at you.

That brings us to President George W. Bush. People kept "misunderestimating" him, unaware of how clever the fellow really was. Take our war with Iraq. Bush said it was about Saddam Hussein flouting U.N. resolutions. He said it was about Saddam's weapons of mass destruction, which could have ended up in the hands of terrorists who could really do us harm (though we never found those WMDs).

What he didn't tell us was the other stuff he and his team were really up to: They wanted to scare the bejeezus out of the other dictators in the Middle East, who respect only force and action, establishing a strong presence there to give us a chokehold on Syria and other terrorism sponsors by cutting off billions in illegal oil dough, and maybe taking a pass through Iran to shut down its nuclear ambitions.

President Obama has been king of the not-so-true. Billions in stimulus money didn't come close to producing the unemployment reduction he promised. And who can forget his most memorable line of all: "If you like your health care plan, you can keep your health care plan. Period."

Of course our politicians conceal, deceive and mislead. They are responding to our cue. We disdain complexity and conflict and punish any politician (think President Jimmy Carter) who doesn't keep them away from us.

We prefer Santa Claus (Clinton, Obama), not the high school coach who makes us do wind sprints (Mitt Romney). We want more free government goodies and when the rich pay their fair share, we'll be able to pay for them (Obama).

We want bigger Social Security checks and lower withholding taxes. We want bigger tax cuts and a smaller deficit. And anybody who is dumb enough to tell us we can't have everything is never going to get elected in this country.

So I hope and pray the Ohio law is overturned by the Supreme Court. Falsehood in politics is one of the few amusements we have to look forward to these days.