It's Later Than Men Think 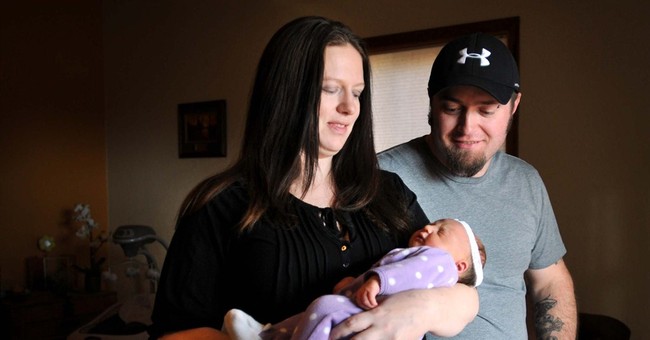 The illusion was good while it lasted. I speak of the male biological clock.

Yet another study, reported at PsychCentral.com, finds that children of older fathers are more likely to suffer "from mental health issues, including schizophrenia, mood disorders, neurotic disorders, eating disorders, personality disorders and other developmental and childhood disorders such as autism and mental retardation."

And this news is a real bummer for middle-aged fellows.

Oh, how glorious things used to be before these male biological constraints were known. We fellows were free to believe we could dilly-dally through our 30s and 40s, acquire some dough, then marry an attractive young woman who would bless us with a couple of healthy young children, who could push us around in our wheelchairs in our rapidly approaching old age.

We cheered on any old fellow who procreated later in life.

Actor Tony Randall had his first kid with a young woman when he was 78. Novelist Saul Bellow sired his fourth child at the age of 84. Author George Plimpton had twins when he was 68.

Actor Anthony Quinn fathered two children with his secretary, who later became his wife - the first when he was 78, the second when he was 81.

And let us not forget gorgeous actress Catherine Zeta-Jones, who has had two kids with aging actor Michael Douglas - or is that Kirk Douglas? They both look so old, I get confused.

Then the studies started coming out.

Scientists said men start suffering low sperm count as soon as the age of 35. They said our "little guys" can't swim as fast as they could when we were young and have higher concentrations of broken DNA strands, which cause maladies in our offspring.

Scientists suggested that if we are still crazy enough to procreate after 35, we better give up fun. We must forsake smoking and drinking and everything else that could damage our reproductive capacity.

They said we have to give up delicious fatty foods, too, and consume as many oysters, fish and walnuts as we can take.

I suppose we had it coming.

For years, you see, lots of studies documented the female biological clock. Infertility research shows that a woman's eggs deteriorate with age. The longer women wait to have kids, the more likely their children will have issues of some kind - if they are even able to get pregnant.

Hence, many articles and books have suggested that career women can't have it all - that if they want families, they should put their careers on hold and have children while they're young and at their biological best.

The female biological clock actually benefitted some of us men. Women who dreamed of having a family, aware of their time limitations, were much more likely to consort with boring men of high moral character. Even a bald, chubby fellow could land a lovely wife, so long as he was a CPA.

And before the male biological clock was documented, there was some opportunity for a fellow to dedicate years to developing his talents and growing his wealth. In his late 40s or early 50s, at the top of his career, he still might find a lovely woman who liked the idea of having a family with a financially stable older fellow.

But those days are gone - and, in fact, were never really here.

We humans like to think we can impose our will on reality - in this case, biological reality - but that is just not possible. The regrettable truth is that younger people are best suited to procreation and, if you want children, waiting too long isn't a good idea.

So pick up the pace, fellows. Your clock is ticking.