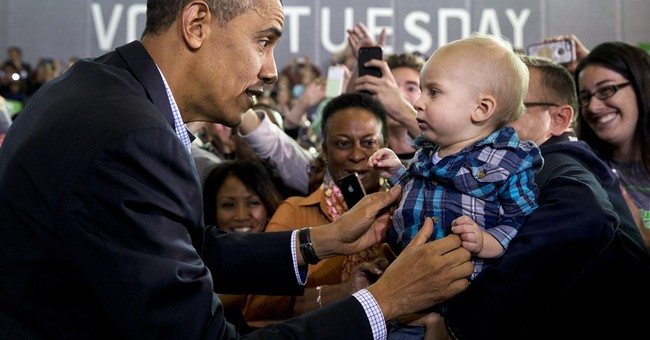 Millions of you are asking why your health insurance policies are being canceled and the premiums and deductibles for your new policies are, for the majority of you, doubling, tripling or worse.

You are particularly upset because President Obama said over and over again that your premiums would go down and you could keep your existing policies and doctors - promises for which The Washington Post Fact Checker gave Obama a four-Pinocchio rating.

But don't fret, little people. Your government is hard at work making important decisions that you are simply too dumb to make for yourself.

Look, if you were not covered by your employer and purchased private insurance to provide protection and care for you and your family, you simply weren't smart enough to go about it right.

Sure, you had the ability to choose freely among a fairly wide range of policies, coverage, premiums and deductibles.

Some of you preferred high-deductible policies that protected against catastrophic events. You got lower premiums that way. And since you were healthy and hardly needed to visit doctors, you may have thought such a plan made sense for you.

But you were wrong - and also very selfish - to choose such substandard plans.

ObamaCare makes sure your new policy meets 10 new minimum standards that include coverage for such things as mental health, drug abuse and maternity - even if you are a 51-year-old man who cannot bear children, you must pay for maternity care.

The fact is, in order for ObamaCare to work, healthy young people and middle-class people must purchase health insurance at higher costs to cover those who are uninsured or who have pre-existing conditions.

Sure, many argued there are far simpler and better ways to help the uninsured and Americans who were unable to get insurance due to pre-existing conditions - we could have addressed each challenge in a targeted manner.

Many said that dismantling a system that already covered 85 percent of Americans was the wrong way to go about it - that a giant bill, rammed through along highly partisan lines, was no way to "reform" America's highly complex health-care system.

Many of these people are now gloating about the disastrous rollout of ObamaCare - they gloat, in particular, when they hear ObamaCare proponents say that they had no idea they would be paying for ObamaCare personally.

But these are temporary setbacks, little people. If you want to make an omelet, you have to break some eggs.

It's better now that the federal government is calling the shots. It's better that the very smart and compassionate bureaucrats in Washington, D.C., are telling insurers and American citizens what they must do.

Yes, we knew your premiums would increase and be painful at first - for middle-class people who do not qualify for government subsidies, that is!

We knew that our disruption of one-sixth of the U.S. economy would cause all kinds of unpleasant consequences. But that is part of our master plan.

You see, to make ObamaCare the law of the land, the president had to tell you what you wanted to hear - that your premiums would drop and you would keep your policies and doctors - because you were too dumb to understand his grand vision.

It is the same vision many progressives have advocated for many years: Once enough pain is dished out, Americans who are too dumb to think for themselves will finally warm to a radical new government health-care system - one that terminates the private insurance companies that are raising your premiums and replaces them with Medicare for all.

Hang in there, little people. Smart people in Washington will soon come to your rescue.