An Education in Debt 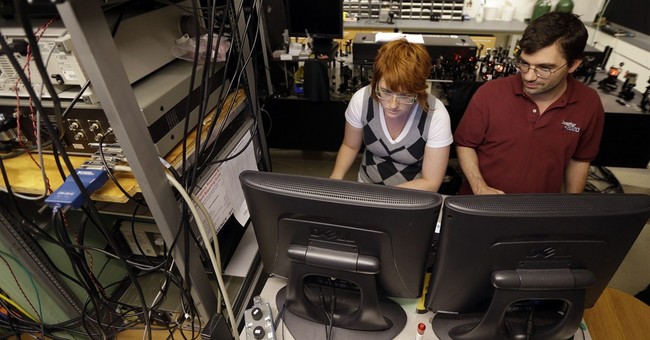 I don't understand what they are thinking.

I speak of the nearly 37 million Americans who owe roughly $1 trillion total in student-loan debt — most of it FEDERAL student-loan debt. And that's for loans taken out before the interest rate on new, federally subsidized student loans doubled a little over a week ago.

The numbers are staggering. According to the informational nonprofit American Student Assistance, the average student-loan balance stands at around $24,300. A rough breakdown shows that:

I sure hope these people aren't English majors.

But it gets worse. When you factor in credit cards and money bummed from family members, says CNN, each member of the Class of 2013 owes an average of $35,200.

Why do students owe so much these days? The main reason: Tuitions have been soaring, far outpacing both medical and cost-of-living inflation for more than 30 years.

Universities are able to keep increasing tuitions, in part, because lax lending policies allow most any student to borrow more to cover the increased costs.

A sixth-grader can see the correlation between easy borrowing and the steady increase in college tuitions. To wit: School tuitions have continued to soar because they are able to.

And boy, have some student-loan borrowers racked themselves with debt.

Don't many of us know someone who borrowed thousands of dollars for culinary school — and now makes 10 bucks an hour?

We know of college graduates with jobs that don't require college degrees working second jobs to come up with the $1,000 or more they need to meet monthly student-loan repayment obligations.

That goes for those who are paying back their loans. Nearly 10 percent of student-loan borrowers are defaulting.

Had I been able to borrow lots more, I surely would have tried. Then I could have lived in the lap of luxury, the way many college kids do today.

I surely wouldn't have worked during my college days as a stonemason, dishwasher, janitor, handyman, grass-cutter and bouncer — though as a bouncer, I received the most respect I ever got, then or now.

To raise additional funds, I went to a medical clinic twice a week and sold my plasma. They sucked out my blood, spun off the plasma, then gave me my blood back — for $10.

Those lousy plasma donations nearly killed me, though — my mother, who dedicated her life to giving her children good health, almost strangled me when she found out why I was so pale.

I managed a rooming house during my senior year. It was a big old dump of a place, complete with cockroaches in the kitchen, but I lived there almost free to slash my costs.

My mentality was shaped by my father, a child of the Great Depression. My father has always shunned debt and favored hard work.

When he learned I had become an English major, he begged me to take up something more practical. I was the only person ever to graduate from Penn State with a major in English and a minor in air conditioning/heating.

In any event, we are finally reaching a point where younger generations are questioning the high costs of college education. Is the massive debt worth it?

I don't know the long-term answer to that. But if you borrow thousands of dollars to become an English major, you might want to minor in welding.