Todd Starnes
|
Posted: Jun 25, 2020 10:33 AM
Share   Tweet
The opinions expressed by columnists are their own and do not necessarily represent the views of Townhall.com. 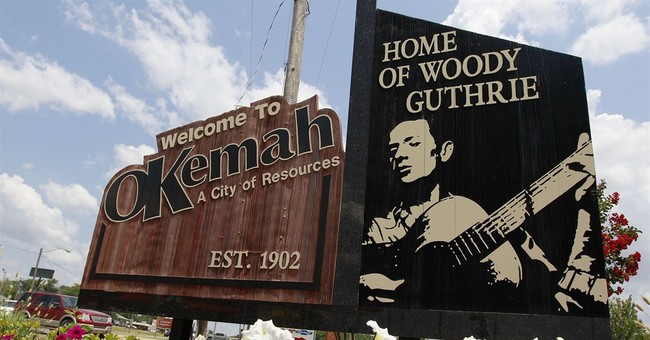 A semi-professional soccer team in Oklahoma will no longer play the national anthem before matches. Instead – the Tulsa Athletic will play Woody Guthrie’s “This Land is Your Land.”

The Athletics are part of the National Premier Soccer League. The team says they dropped The Star Spangled Banner to create a more inclusive environment.

“From our beginning, we have developed a culture of inclusion and acceptance at Tulsa Athletic,” team owner Sonny Dalesandro said in the press release. “We live in a country that allows us to freely speak our voice. We utilize this right as a club to continually try and improve our team and community. We believe ‘This Land Is Your Land’ not only captures a powerful patriotic sentiment, but that it does so in a far more inclusive way. The song speaks to this country being built and shared by every person of every race, ethnicity, religion and sexual orientation. It represents a future Tulsa Athletic is committed to striving for.”

It’s an interesting decision – because Woody Guthrie was reportedly a vocal supporter of Communism and was sympathetic to their causes. NPR claims that "This Land is Your Land" was written as a Marxist response to "God Bless America."

"He was irritated by Irving Berlin's "God Bless America," sung by Kate Smith, which seemed to be endlessly playing on the radio in the late 1930s," NPR reported in 2012. So irritated, in fact, that he wrote this song as a retort, at first sarcastically calling it "God Blessed America for Me" before renaming it "This Land Is Your Land."

History.com noted that while Guthrie was in California he "came into contact with the Communist Party and became increasingly sympathetic to its causes. Many of his songs reflected a strong commitment to the common working people, and he became something of a musical spokesman for populist sentiments."

It sounds like the soccer team is making more than just a political statement.

“After carefully reviewing ‘The Star-Spangled Banner' lyrics and meaning, including the third verse which mentions ‘No refuge could save the hireling and slave / From the terror of flight or the gloom of the grave…,’ Tulsa Athletic came to the decision that the song does not align with the club’s core values. While this verse is rarely sung, Tulsa Athletic does not believe ‘The Star-Spangled Banner’ represents or unites their diverse players, fans and community,” the team said in a press release.

Yet another irony because Guthrie's father was reportedly a member of the Ku Klux Klan and there had been rumblings the musician himself was a racist.

It seems to me the only way to deal with racially insensitive, Commie-loving soccer teams is to give them the boot.