Todd Starnes
|
Posted: Dec 01, 2017 9:29 AM
Share   Tweet
The opinions expressed by columnists are their own and do not necessarily represent the views of Townhall.com. 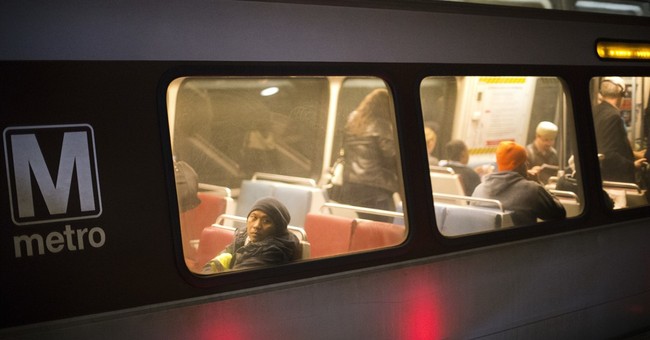 Catholics across the nation’s capital are livid after the public transit system rejected the Archdiocese of Washington’s Christmas advertisements because they were deemed “religious.”

The advertisement depicted silhouettes of three shepherds walking at night with tall canes and sheep beneath a shining North Star. Emblazoned across the ad is the phrase: “FIND THE PERFECT GIFT.”

“To borrow a phrase from a favorite Christmas story, under WMATA’s guidelines, if the ads are about packages, boxes or bags…if Christmas comes from a store…then it seems WMATA approves,” spokesman Ed McFadden said in a statement. “But if Christmas means a little bit more, WMATA plays Grinch.”

The transit authority defended the ban citing a 2015 change in its advertising policies that banned issue-oriented advertising, including political, religious and advocacy advertising.

“The ad in question was declined because it is prohibited by WMATA’s current advertising guidelines,” the agency said in a statement.

The transit authority might have reconsidered its ban on the Catholic Church’s advertisement had they been selling goods and services, the lawsuit alleges. However, as we all know – the perfect Christmas gift cannot be bought. The perfect gift came from a much Higher Authority.

"We’re not talking about people who are indifferent to Christmas. What we are talking about is hate,” Catholic League president Bill Donohue told the Todd Starnes Show on Wednesday. “When you use censorship, when you try to stop people from discussing the Christian roots of America - there is something pernicious here.”

Donohue accused the transit authority of viewpoint discrimination. You can listen to his entire comments by clicking on the video at the top of the page.

“They are offended and they regard it obscene - the Christmas story,” Donohue said. “We are dealing with hatred here."

According to the lawsuit, the temporary ban later became an indefinite ban over concerns that “issue-oriented advertising could provoke community discord, create concern about discriminatory statements, and generate potential threats to safety and security from those who seek to oppose the advertising messages.”

“We believe rejection of this ad to be a clear violation of fundamental free speech and a limitation on the exercise of our faith,” general counsel Kim Fiorentino said in a statement. “We look forward to presenting our case to affirm the right of all to express such viewpoints in the public square.”

But while the Archdiocese of Washington may not be welcome to advertise on public buses, the transit authority is more than happy to promote other enterprises – like gay hookup websites.

It sounds to me like the transit authority may have to answer to a much Higher Authority.