Todd Starnes
|
Posted: Aug 11, 2017 12:01 AM
Share   Tweet
The opinions expressed by columnists are their own and do not necessarily represent the views of Townhall.com. 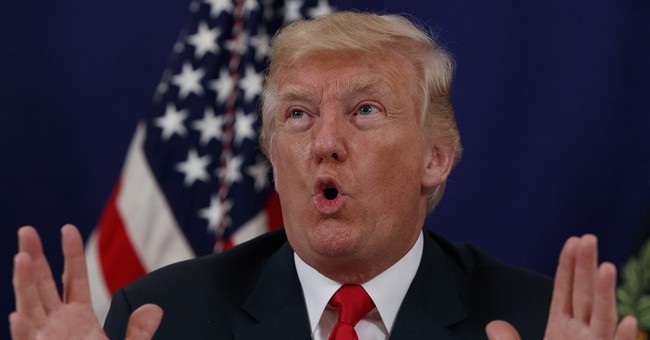 I was channel surfing through the cable news world the other day and I discovered the perfectly-coiffed-hair crowd is on the verge of a nervous breakdown.

The anchors and anchorettes on CNN and MSNBC are suffering outright panic attacks – after President Trump delivered that verbal gut punch to the North Koreans.

MSNBC's Brian Williams defended the fear mongering - explaining to the nation that journalists had some sort of moral obligation to put the fear of God in the Heartland.

"Our job tonight is to actually scare people to death," he said on national television.

One of the voices of doom over at CNN literally told Hawaiians to go hide in caves.

But that kind of mentality is what got us where we are today - in a nuclear standoff with the North Koreans.

For decades American presidents have kicked the can down the road – and now we’ve come to a dead end.

Let's not forget - the North Koreans developed their nuclear program thanks in part to the previous administration.

President Obama called it strategic patience - but in fact -- it was strategic cowardice.

And now Kim Jong-Un is one step closer to blowing up Sarah Palin’s vegetable garden. Is that what we want – radioactive radishes in Wasilla, Alaska?

Of course not – and that’s why President Trump took to his bully pulpit to deliver a muscular message to Little Kimmy.

You don’t tug on Superman’s cape. You don’t back talk your momma. And you don’t talk smack to the greatest nation on the face of the Earth.