Todd Starnes
|
Posted: Mar 21, 2017 3:21 PM
Share   Tweet
The opinions expressed by columnists are their own and do not necessarily represent the views of Townhall.com. 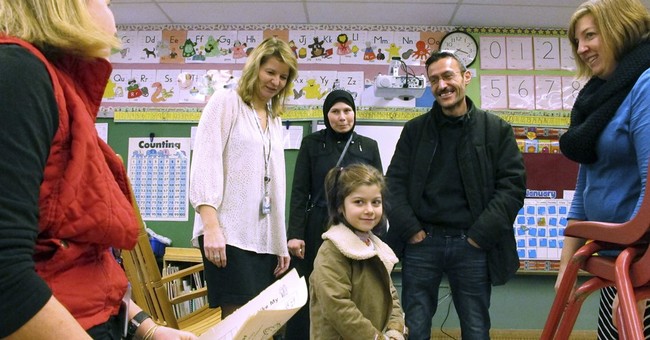 A group of moms in Saratoga Springs, New York has decided to fight back against what they call the radical leftwing indoctrination that has infested the local school system.

They call themselves the “Conservative Chicks” and one of their leaders contacted me after reading my new book, “The Deplorables’ Guide to Making America Great Again.”

She realized it was time to take a stand after a teacher at the local high school led a classroom presentation on fascism that included a graphic portrayal comparing President Donald Trump to Hitler and Mussolini.

A tenth grade teacher at Saratoga Springs High School led a discussion on the rise of fascism during World War Two by referencing President Trump.

“It’s total indoctrination,” said Melissa, the parent who contacted me. She asked that I not use her last name. “It’s not their place to indoctrinate our children. It’s their job to teach the facts. Healthy debate is one thing but this definitely crossed the line.”

The entire lesson plan was posted on the school district’s website. But once I started poking around and asking questions, the lesson was hidden behind a password protected wall.

“Trump has absolutely no relation to World War Two. There’s no reason why he should be included with Stalin, Mussolini or Hitler,” the mom said. They are trying to link him to the leaders of that time. That crosses a line.”