Did Flint Preacher Set a Trap for Trump?

Todd Starnes
|
Posted: Sep 15, 2016 1:49 PM
Share   Tweet
The opinions expressed by columnists are their own and do not necessarily represent the views of Townhall.com. 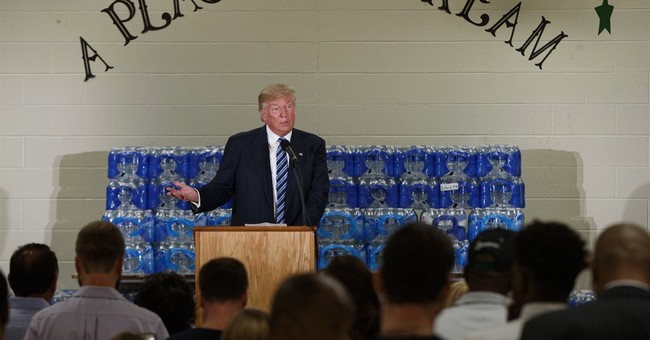 The minister of a Methodist church made national headlines after she scolded Donald Trump for injecting politics into a campaign stop.

The Rev. Faith Green Timmons came on stage and stopped Trump in the middle of his remarks at Bethel United Methodist Church.

She told him to stay focused on the water crisis and not Hillary Clinton.

“I invited you here to thank us for what we’ve done in Flint, not give a political speech," the reverend told Mr. Trump.

Trump graciously complied with her demand.

But something doesn't pass the smell test.