Todd Starnes
|
Posted: Aug 30, 2016 4:50 PM
Share   Tweet
The opinions expressed by columnists are their own and do not necessarily represent the views of Townhall.com. 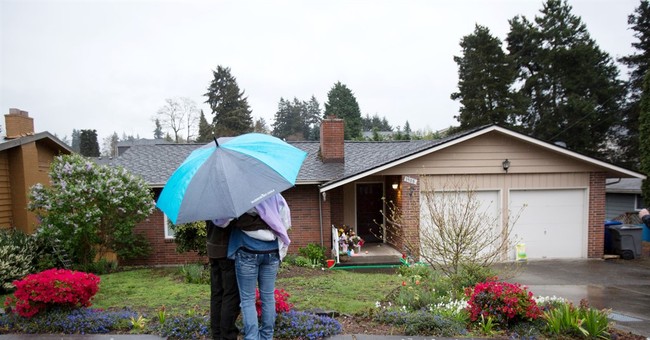 Rodney Ivester, of Corinth, Texas, is the kind of guy you’d like as a neighbor. He maintains a tidy lawn, doesn’t make much of a racket and he flies an American flag.

About three weeks ago, Rodney decided to post another flag alongside Old Glory - to honor law enforcement. It’s a black & white version of the U.S. flag adorned with a blue stripe.

He told me that posting the flag was a small way that he could honor the memory of the five police officers gunned down in Dallas in July.

“I love my country and I wanted to show my support for law enforcement and military personnel,” he told me. “I put the flag up so that I can honor the fallen officers and support those that are in the heat of the battle.”

Rodney’s neighbor is a police officer and he was genuinely touched by the simple gesture – a message of solidarity.