Todd Starnes
|
Posted: Aug 24, 2016 8:46 AM
Share   Tweet
The opinions expressed by columnists are their own and do not necessarily represent the views of Townhall.com. 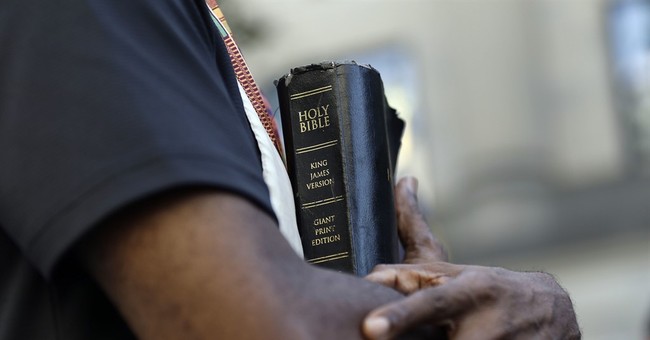 An Air Force major, who was accused of civil rights violations for having a Bible on his work desk, has been cleared of any wrongdoing, according to military officials at the 310th Space Wing in Colorado Springs, Colorado.

The Military Religious Freedom Foundation had filed a complaint against Maj. Lewis -- accusing him of "harboring and encouraging a truly abhorrent example of First Amendment civil rights violations."

But a public affairs spokesman told me late Tuesday that Maj. Lewis was well within his rights to have an open Bible on his office desk.

"We have concluded that no abuse of liberties has occurred," Lt. Col. David Fruck told me.