Todd Starnes
|
Posted: Jul 11, 2016 12:57 PM
Share   Tweet
The opinions expressed by columnists are their own and do not necessarily represent the views of Townhall.com. 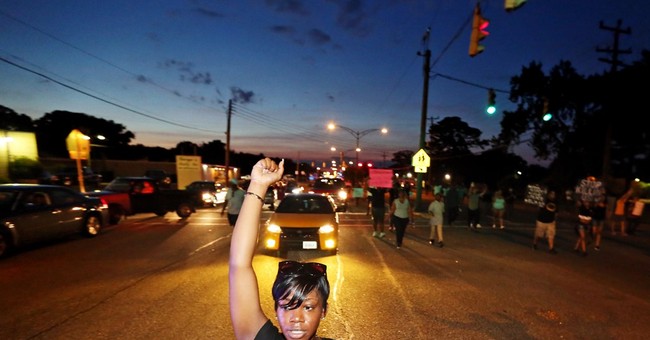 Black Lives Matter protesters laid siege to a number of cities over the weekend including my hometown: Memphis, Tennessee.

They shut down the Interstate 40 bridge over the Mississippi River -- stranding thousands of motorists for hours -- in sweltering heat.

Blocking a roadway is a crime under Tennessee law.

Yet Memphis police officers were told to stand down and allow the agitators to block the Hernando-Desoto Bridge. They used to call that kind of behavior aiding and abetting.

Not a single person was arrested.