Is Hillary Angling to Be the First Black Female President?

Todd Starnes
|
Posted: Apr 19, 2016 2:37 PM
Share   Tweet
The opinions expressed by columnists are their own and do not necessarily represent the views of Townhall.com. 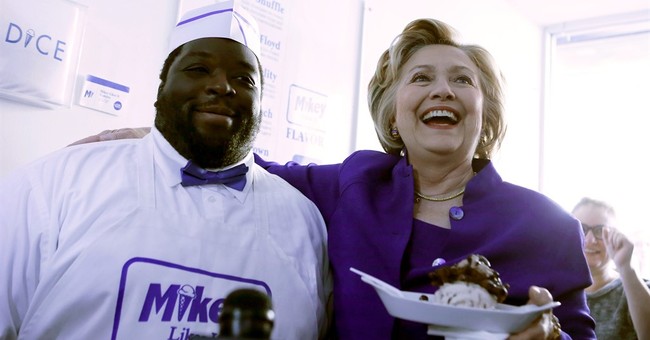 When it comes to pandering nobody does it better than Hillary Clinton – who is desperate to become the nation’s first black female president.

In her latest outreach to New York City’s black voters, Mrs. Clinton told hip-hop radio show hosts that she carries a bottle of hot sauce in her purse.

It was an apparent homage to a lyric in “Formation,” Beyonce’s latest hit song. Or as Hot Sauce Hillary calls her, “Bay-on-say.” But I’ll get to that little faux pas later.

Mrs. Clinton’s revelation that she likes it a little spicy came as a surprise to the hosts of Power 105.1’s Breakfast Club.