Todd Starnes
|
Posted: Feb 22, 2016 6:39 PM
Share   Tweet
The opinions expressed by columnists are their own and do not necessarily represent the views of Townhall.com. 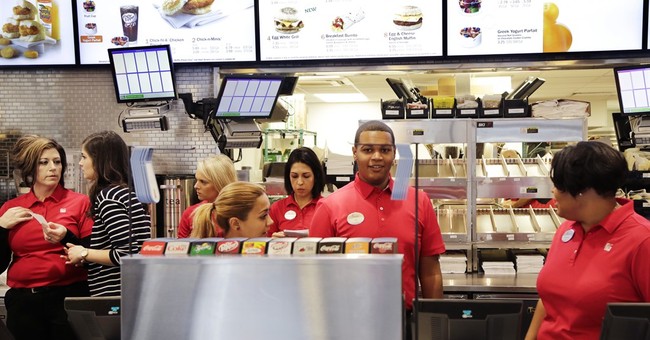 The war on poultry rages on yet another public university campus – this time at the University of Nebraska – Kearney.

The hullabaloo started last January when students were asked to select a new dining option for the student union. Their choices included Chick-fil-A, Panda Express, IHOP, A&W and Sbarro.

The youngsters chose Chick-fil-A – in a landslide. I mean, who doesn’t love a plump juicy chicken breast tucked between hot, buttered buns?

However, it turns out majority does not rule at the University of Nebraska – Kearney. A vocal minority pitched a fit and demanded that Chick-fil-A be banished from campus.

Among those opposed to the chicken restaurant were members of the university’s Queer Straight Alliance (QSA).

“We only hope to create dialogue on the importance of being aware to issues facing diverse and minority students,” QSA president Tiff Weekley told the Kearney Hub. “Though majority voices are most often heard, it is important to listen to what issues are facing all students and to start conversations around those.”

All the anti-chicken contingent needed for their nefarious plan to succeed was a yellow-bellied student government. And they got what they were looking for.