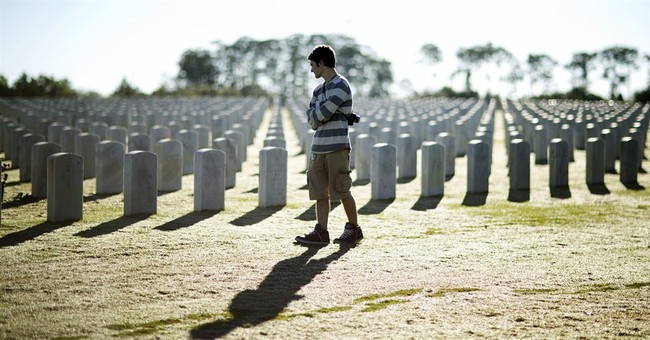 The memorial features a silhouette of a soldier holding a gun and kneeling at the foot of a cross.

It was installed a few months ago alongside Freedom Rock at Young’s Park in the small town of Knoxville, Iowa.

“It was clear to us it was a memorial to fallen veterans,” Mayor Brian Hatch told me. But it wasn’t clear to everyone.

About a month ago a citizen filed an anonymous complaint -- arguing that the memorial was promoting Christianity and therefore violated the Establishment Clause of the U.S. Constitution.

Mayor Hatch told me the city council ignored the complaint.

READ THE FULL STORY AT FOXNEW.COM