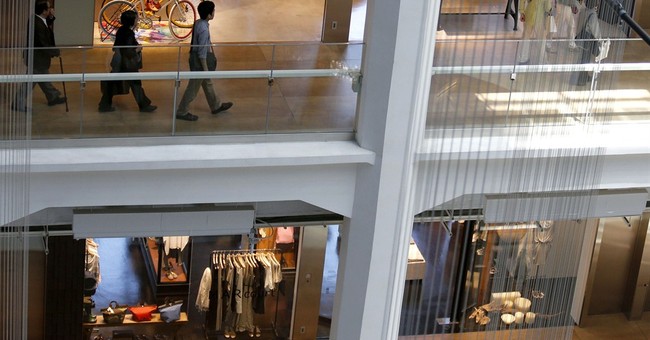 It’s not uncommon for shopping malls to have rules of conduct. Some places ban saggy pants. Others won’t let you ask people for money. But a mall in Georgia may have one of the most unusual rules -- they won’t let shoppers pray – not even over their meals.

Meet Tammy Brantley of Dublin, Ga. She’s a wife, a mom and an avid power walker. She’s also a person of deep faith in God.

Tammy is the co-founder of “Dublin Girls Run,” a group of local ladies that combines Southern fellowship with physical fitness.

The Dublin Girls hope to one day return to the mall – but only if management lifts the prayer ban.

The Dublin Girls have developed quite a reputation around southeast Georgia. They’ve run road races dressed up like Chick-fil-A cows and superheroes. And it’s not all that unusual to see the ladies accessorizing their running attire with tutus and feather boas.

But the Dublin Girls Run is not just about pounding the pavement.

“The group was started to be healthy and to be spiritually healthy, too,” Tammy told me. “I like to start off my runs with a prayer and end it with a prayer.”

Tammy had no idea her passion for prayer would lead to trouble.

A few weeks ago the Dublin Girls had gathered inside the local mall for an evening power walk. They formed a small circle and as they had done many times before, they bowed their heads to petition the Almighty.

But before one of the runners could say, “Lord Jesus,” she was interrupted by a mall cop barreling down a corridor.

“The security guard came running toward us and said, ‘You are not allowed to pray at the mall. That’s against the policy,’” Tammy told me.

The ladies were aghast.

“I told him we’ve been praying since last November and no one said anything about it,” she said.

“We’ve never had any problems.”

The security guard told her they’d had a problem with a previous religious group trying to proselytize shoppers. But Tammy said they weren’t trying to convert anybody – they were just trying to pray. And it’s not like they were having a “Holy Ghost Shoutin’ Prayer.”

“You can’t hear us unless you are in the circle,” she said.

“The mall manager verified that prayer is not allowed at the mall because this is private property,” she said.

They won’t even allow patrons to ask God to bless General Tso’s chicken at the food court’s Chong Wah Express.

“I said, sir, are you saying that people who eat in the food court can’t bow their heads and pray?” she said. “He said, ‘No ma’am.’ That’s exactly what he said.”

She said several of the ladies were shaken up by the ordeal.

Later that evening, Tammy wrote about the experience on Facebook. It wasn’t too long before an enterprising reporter from The Courier-Herald in Dublin picked up the story.

“Walking group told not to pray at mall,” read the front page headline in the newspaper. The reporter said he tried for a week to reach a mall spokesperson. Finally, someone answered the phone and told the reporter, “We decline to comment.”

Mall officials did not return my calls either.

Meanwhile, the Dublin Girls are searching for a new place to power walk. Tammy said she understands that the mall is indeed private property and they have a right to dictate appropriate rules and regulations.

“I don’t want my ladies to feel intimidated,” Tammy told me. “It’s already hard enough to get out and exercise.”

The Dublin girls hope to one day return to the mall – but only if management lifts the prayer ban.

“It’s really heartbreaking,” she said. “Who would have thought something like this could happen in the teeny-tiny town we live in?”

The Good Book encourages us to run a good race – to press on toward the goal. And I have no doubt that Tammy and her cloud of witnesses will continue to run their race with endurance.

It’s a difficult task in a nation that has become increasingly hostile to people of faith.