Is HUD Threatened by a Christian Group’s Plan to Expand its Mission? 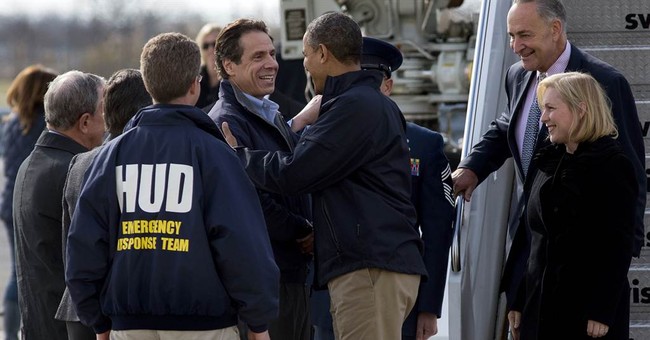 Since 1924, City Gospel Mission has been providing food, shelter and hope for Cincinnati’s homeless population. But the Christian ministry’s mission to house homeless men may be jeopardized because of federal regulations banning religious and gender discrimination.

The City Gospel Mission’s plan to move to a new state-of-the-art building has been put in limbo after the group discovered the property has fair housing restrictions.

Plans to develop the new facility were well under way when an insurance company discovered that the property had a private use restriction dating back some 40 years. That deed restriction was part of a partnership between the city and the federal department of Housing and Urban Development (HUD).

Cincinnati officials agreed to waive the deed restriction, the Cincinnati Enquirerreported. But so far, HUD has not.

Roger Howell, the president of the mission, told me that HUD had concerns over the ministry’s religious work as well as its male-only housing stipulation.

“They are concerned we are violating the Fair Housing Act,” Howell told me.

According to HUD’s website, “Title VIII of the Civil Rights Act of 1968 (Fair Housing Act), as amended, prohibits discrimination in the sale, rental, and financing of dwellings, and in other housing-related transactions, based on race, color, national origin, religion, sex, familial status (including children under the age of 18 living with parents or legal custodians, pregnant women, and people securing custody of children under the age of 18), and disability.”

“We are a faith-based Christian organization,” Howell continued. “That is crucial to all of our programs. All of our staff adhere to those beliefs and live it. That’s important.”

For more than a month, the mission has been trying to get clarification from HUD on whether they can continue their ministry at the new location. But so far, HUD has not responded to their requests. So right now, the ministry is in a state of flux.

“We are an organization that wants to have integrity and not be in violation of any laws,” Howell said.

But he fears that the federal agency may be losing sight of the bigger picture.

“We are trying to help homeless folks get out of homelessness and become productive members of society,” he said. “Worrying about the Fair Housing Act at a homeless shelter loses sight of the big picture.”

The City Gospel Mission has bipartisan support in their battle against HUD. Both of Ohio’s U.S. senators sent a joint letter to HUD Secretary Shaun Donovan on March 28 asking for a speedy resolution.

“Faith-based organizations across Ohio like Cincinnati’s City Gospel Mission play a crucial role in helping struggling families get back on their feet,” Senator Portman told me during an interview at Fox News. “I’m concerned by any regulations or interpretation of regulations that push Ohioans back onto the streets, instead of giving them the help they need.”

Portman told me he’s hoping HUD can give the Christian ministry a bit of leeway. But so far, HUD hasn’t responded to the senators’ letter either.

“It’s a fact that HUD has been so unwilling to show any kind of flexibility,” he said. “It’s a typical bureaucratic response in my view.”

Portman agreed with my observation that it sounds like the Obama administration is taking another hard line position against religious liberty.

“They are overlooking the mission of this group and looking too much at the religious aspects,” he said. “They just need to show a little more flexibility which is what federal bureaucracies are not good at.”

Howell said when push comes to shove, they will not violate their religious beliefs – even if it means losing their new home.

The facts are pretty clear in this case. The City Gospel Mission needs to move to a larger facility so it can house more homeless men. And yet the Obama administration is trying to use the Fair Housing Act to put those men back on the streets. That doesn’t seem very fair to me.