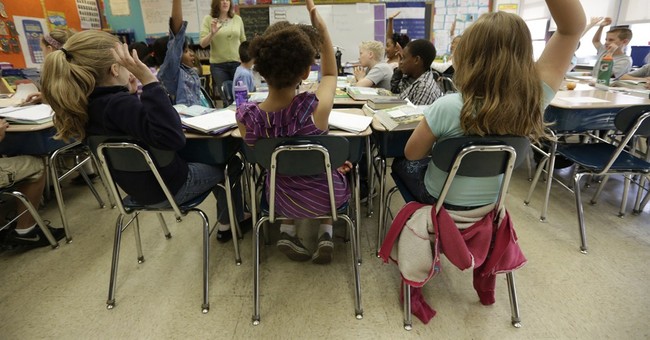 An Illinois high school teacher was punished by a local school district after he warned students about their Constitutional rights before answering a school-mandated survey about emotional and at-risk behavior.

John Dryden, a social studies teacher at Batavia High School, was issued a formal reprimand and docked a day’s pay. The punishment was doled out during a closed-door school board meeting.

The controversy started when the school district directed students to complete a survey about at-risk behavior – including past drug, tobacco and alcohol usage.

“I advised my students that they had a Fifth Amendment right not to incriminate themselves,” Dryden told alocal newspaper. “It was not my intention for them not to take the survey.”

Batavia School Superintendent Jack Barshinger told Fox News what the teacher did was against the rules.

“The issue before the board was whether one employee had the right to mischaracterize the efforts of teachers, counselors, social workers and others and tell students in effect that the adults are not here to help but they are trying to get you to incriminate yourself,” he said.

But Dryden said several questions on the 34-page survey asked students to self-report what could potentially be criminal behavior.

“I’m not here to stir the pot,” Dryden said. “I’m just trying to protect my kids.”

“It is not possible for a student to incriminate himself in a school setting that would make him eligible for any police action,” he said.

And while the superintendent said students “absolutely” have constitutional rights – he said there is a caveat.

“Unfortunately, it is how they are applied in a school setting,” he said. “The Fifth Amendment – you don’t typically hear about in a school setting. That’s because the law has already been set that don’t allow students to self-incriminate.”

He also said parents and students were given the opportunity to opt-out of the survey.

Nearly 100 students, former students and colleagues turned out at the school board meeting to show their support for the embattled teacher. A Facebook petition generated nearly 6,000 signatures for the 20-year veteran teacher.

“He is able to break through student apathy like no other teacher I know,” fellow teacher Scott Bayer told a local newspaper.