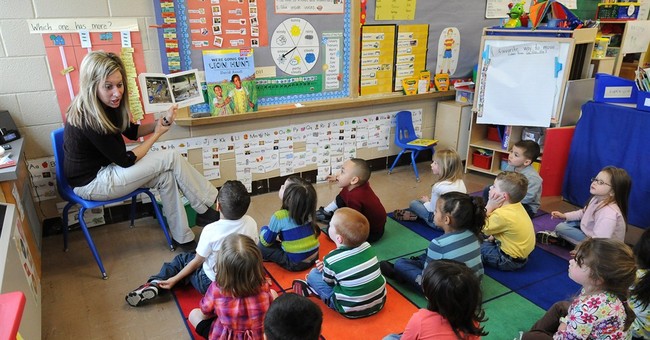 The U.S. Sixth Circuit Court of Appeals upheld the Obama Administration’s decision to deny asylum to a German homeschooling family.

The Romeike family fled their German homeland in 2008 seeking political asylum in the United States – where they hoped to home school their children. Instead, the Obama administration wants the evangelical Christian family deported.

An Immigration judge granted them asylum in 2010 after the family revealed they were facing criminal prosecution for homeschooling their children. That decision was later overturned by the Board of Immigration Appeals in 2012.

The court ruled today that the Romeikes had not made a sufficient case and that the United States has not opened its doors to every victim of unfair treatment.

“Congress might have written the immigration laws to grant a safe haven to people living elsewhere in the world who face government strictures the United States Constitution prohibits,” the court ruled. “But it did not.”

“America has room for this family and we will do everything we can to help them,” Farris said.

The court did rule that parents do have a right to direct the education and upbringing of their children. However, they refused to concede that the harsh treatment of religiously motivated homeschoolers in Germany amounts to persecution within our laws.

“Germany continues to persecute homeschoolers,” said Mike Donnelly, the HSLDA’s director of international affairs. “The court ignored mountains of evidence that homeschoolers are harshly fined and that custody of their children is gravely threatened—something most people would call persecution. This is what the Romeikes will suffer if they are sent back to Germany.”

The Justice Dept. is arguing that German law banning home schooling does not violate the family’s human rights.

“They are trying to send a family back to Germany where they would certainly lose custody of their children,” Farris told Fox News. “Our government is siding with Germany.”

Farris said the Germans ban home schools because “they don’t want to have religious and philosophical minorities in their country.”

“That means they don’t want to have significant numbers of people who think differently than what the government thinks,” he said. “It’s an incredibly dangerous assertion that people can’t think in a way that the government doesn’t approve of.”

He said the Justice Dept. is backing that kind of thinking and arguing ‘it is not a human rights violation.”

Farris said he finds great irony that the Obama administration is releasing thousands of illegal aliens – yet wants to send a family seeking political asylum back to Germany.

“Eleven million people are going to be allowed to stay freely – but this one family is going to be shipped back to Germany to be persecuted,” he said. “It just doesn’t make any sense.”

While the family awaits their fate, the Romeikes have built a new life in eastern Tennessee.

Uwe, a classically-trained pianist, relocated their brood to a four-acre farm in the shadow of the Smokey Mountains in eastern Tennessee. And with the help of a generous community, the family adjusted to their new home - complete with chickens, ducks and a dog named Julie.

“We are very happy here to be able to freely follow our conscience and to home school our children,” he told Fox News. “Where we live in Tennessee is very much like where we lived in Germany.”

Uwe said he was extremely disappointed that their petition to seek asylum was appealed by the Obama administration.

“If we go back to Germany we know that we would be prosecuted and it is very likely the Social Services authorities would take our children from us,” he said.

“The German schools teach against our Christian values,” he said. “Our children know that we home school following our convictions and that we are in God’s hands. They understand that we are doing this for their best – and they love the life we are living in America on our small farm.”

Daniel, the oldest son, said he and his siblings have adjusted to their new home -- learning English and meeting other teenagers -- and of course -- the freedom to home school.

"I can learn a lot from my parents, much more than I could learn from school," he said.

Daniel loves to work with wood -- building sheds, and candle holders and designing contraptions. One day, he hopes to become an mechanical engineer.

But the teenager's fate is in uncertain until the courts rule.

"I hope this is not the end of the story," Romeike told Fox News. "If we get deported, we will certainly face fines and if we don't pay we might have to go to jail -- or worst of all -- they might take custody of our children."