Tim Walberg is currently in his first term in the U.S. House of Representatives, serving Michigan’s Seventh District, which includes Branch, Eaton, Hillsdale, Jackson and Lenawee counties and parts of Calhoun and Washtenaw counties.

Previously Congressman Walberg served in the Michigan House of Representatives from 1983 to 1999, gaining a reputation as a principled voice for less government spending, lower taxes and fewer regulations, as well as a compassionate voice for the culture of life and traditional values.

During Rep. Walberg’s 16 years in the state legislature, he never voted for a tax increase and successfully fought to reduce income taxes, property taxes, capital gains taxes and death taxes. He also compiled a 100% pro-life voting record and earned a lifetime A+ rating from the NRA.

Prior to his time in the Michigan House, Rep. Walberg served as a pastor for almost 10 years. Following his 16 years in the Michigan House, he served as president of the Warren Reuther Center for Education and Community Impact where his duties included creating local community betterment programs in the 7th District. Rep. Walberg also worked as a division manager for the Moody Bible Institute of Chicago, before retiring in January 2006.

Tim and his wife Sue have been married for 32 years. They live in Tipton, Michigan, where they raised their three now-adult children Matthew, Heidi and Caleb. 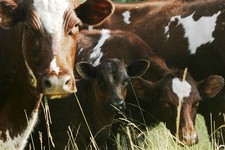