Timothy Lee
|
Posted: Aug 27, 2020 10:51 AM
Share   Tweet
The opinions expressed by columnists are their own and do not necessarily represent the views of Townhall.com. 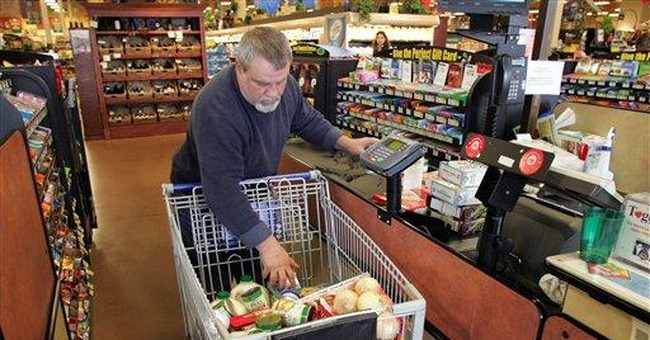 Everyday workers increasingly question whether union leaders, secure in their own well-paid positions, prioritize political activism and needless confrontation at the expense of worker well-being.

Now, amid the ongoing coronavirus pandemic, the United Food and Commercial Workers International Union (UFCW) provides the latest egregious example to fuel that suspicion.  UFCW leaders have made their priorities clear in the lead-up to the election this November, and the best interest of their 1.3 million members doesn’t rank anywhere near the top.  Instead, the UFCW considers the pandemic an opportunity to promote a partisan Democratic agenda that exploits the union’s representative authority to further political interests favoring the few at the top.

That may come as no surprise, considering that a coalition of other Senate Democrats, spearheaded by the radical Sherrod Brown (D – Ohio), converted a set of union talking points into a letter addressed to CEOs of the top 15 grocery chains across the country, including Albertsons, Aldi, Kroger, Mejier, Publix, and others.  Their letter, which Harris joined, demanded that the companies permanently continue temporary hazard pay, which many grocers offered in the immediate onset of the coronavirus pandemic while mass shutdowns occurred elsewhere across our economy.

Conspicuously, however, UFCW leaders have refused to help their own struggling members by granting waivers of membership dues to put a little extra cash in their members’ pockets.  Instead, the union predictably believes that members’ money is better used to sustain its vast political apparatus, which has long served as a financial pipeline to Democratic campaigns across the country, instead of remaining in the pockets of members for critical household expenses.

If that sounds hyperbolic, consider that the UFCW has already contributed over $1 million to congressional candidates this cycle, 98.87 percent of which went toward electing Democrats. Even assuming that union members considered political campaigning the most appropriate use of their earnings, that disparity certainly doesn’t reflect members’ own ideological profile.

In any event, their belligerence deliberately distorts the grocers’ efforts and their attempt to reward and protect employees amid what should be a joint effort under difficult economic and social conditions.  While the coronavirus pandemic unleashed a wave of employment insecurity, mass layoffs, indefinite furloughs, painful pay cuts, and even business closures across the country, the grocery stores now targeted for demonization actually chose the opposite course.  Kroger, for example, hired over 100,000 new employees nationwide in recent months, boosting its total employment to over 500,000 associates.  Kroger also increased its anticipated investment in workers’ wages by over $300 million annually, and raised its workers’ average hourly rate to over $15.

Ignoring that reality, VP candidate Harris and UFCW President Perrone outrageously asserted that “the only thing that has ‘changed’ since these companies cut hazard pay is that even more Americans have been infected by Covid-19.”  That misstatement neglects to acknowledge the extensive measures – in addition to the temporary hazard pay increases themselves – put in place to keep associates safe, as well as the widespread re-openings taking place across the country under difficult conditions.

Adding irony to that outrage is the fact that Kroger remains a unionized employer, whereas many of its competitors are not. Accordingly, what message does UFCW leadership send when it deliberately antagonizes rather than cooperates in a time of such uncertainty as this?  What does the UFCW’s behavior signal to workers who are considering unionizing, when it targets a unionized employer like Kroger in a way that non-union employers needn’t endure?

As referenced above, private sector union membership has plummeted from nearly 40 percent of the workforce in 1953 to approximately 5 percent today, and behavior such as this is one reason why.  Instead of flagrant partisanship, needless confrontation and disregard of its own members’ well-being, UFCW leadership should join grocer employers to be part of the solution.