Tim Graham
|
Posted: Feb 03, 2021 12:01 AM
Share   Tweet
The opinions expressed by columnists are their own and do not necessarily represent the views of Townhall.com. 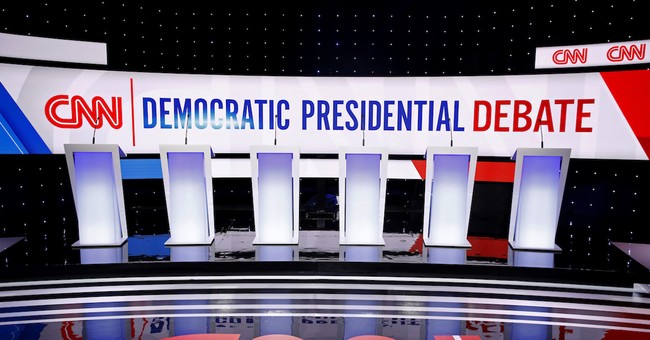 New York Times columnist Nicholas Kristof recently penned a column titled "A Letter to My Conservative Friends," with the subheading "Hold us accountable, but please do the same for the charlatans who deceive you, use you and cheat you."

Kristof doesn't name any conservative friends, so we can't be sure he has any. It's fascinating to insist he holds the cheating, manipulative "charlatans" on the conservative side accountable; this sounds like a fine idea. But Kristof isn't writing from a position of strength.

A Nexis database search reveals Kristof has never written anything critical in his two decades of columns about Rev. Al Sharpton, a perennial charlatan in Kristof's newspaper's hometown. The Times has routinely celebrated Sharpton over the years, despite his long record of deception, racial hatred and inciting violence.

But let's go to the heart of his argument. He writes, "This is an open letter to some of my old friends and neighbors who believe that Donald Trump won re-election, who think that face masks are for wimps and who fear that Democrats are plotting to seize their freedom."

There are certainly conservatives who believe former President Donald Trump won reelection (they should have conceded by early December when the evidence didn't emerge). Many conservatives are upset by mask mandates -- and if masking is so tremendously effective in protecting against COVID-19, what explains this horrid January we just had? Cartooning skepticism as an assertion that "face masks are for wimps"? These people can't be "friends," right?

Nearly all conservatives shake their head when Kristof implies it's kooky to think that "Democrats are plotting to seize their freedom." Curtailing liberty is what Democrats do -- unless it's the right to defund the police, the right to abortion or the right to decide which of the 60-plus genders you identify with.

Kristof says to his "friends": "Relax! We liberals aren't plotting to round you up in 're-education camps.'" He gripes, "Fox News is peddling nonsense about Democrats setting up re-education camps, and that a Wall Street Journal column asked, 'If you were an enthusiastic Donald Trump supporter, are you ready to enter a re-education program?'"

It's not crazy for conservatives to talk about how liberals such as Katie Couric and Eugene Robinson discuss, with all seriousness, the need to "deprogram" Trump fans. That's rhetorical excess, and it sounds scary. Deprogramming is not a voluntary activity. Kristof doesn't allow that the writer of the Journal column, Gerard Baker, was obviously joking about leading conservatives through "a series of camps led by Alexandria Ocasio-Cortez and a team of journalists from the Washington Post."

Kristof claims he wants a "loyal opposition" and not nutty extremists such as newly elected Rep. Marjorie Taylor Greene. But what he really wants is to shut down the opposition's media outlets. "(T)o dampen that extremism, advertisers should stop supporting networks that spread lies and hatred, and cable companies should drop channels that persist in doing so," he writes. "As a start, don't force people to subsidize Fox News by including it in basic packages."

He then compares Fox to the Ku Klux Klan and neo-Nazis to imply how much the network deserves to "get megaphones."

Kristof went on Brian Stelter's CNN show after The Times piece was published and added, "I think we recognize that if a major network were encouraging people to drink arsenic to improve their complexion, then advertisers would desert that network and cable companies wouldn't carry that network."

Let's be blunt: It's not a mistake that just as Biden becomes president, Kristof and other liberals are getting extremely aggressive about taking down conservative news networks. They're shaming any outlet that actually holds Biden accountable and taking liberals seriously even when their rhetorical excess is frightening. Democrats are plotting to curtail the opposition media. Take that, "friends."