Thomas Sowell
|
Posted: Feb 02, 2016 12:01 AM
Share   Tweet
The opinions expressed by columnists are their own and do not necessarily represent the views of Townhall.com. 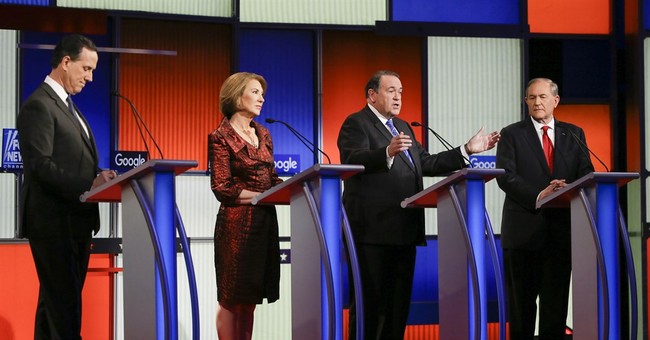 Will this November's presidential election come down to a choice between a felon and a pied piper?

People who call Barack Obama a lame duck president seem not to have noticed that he is exercising more power than ever, and has turned the Republican Congress into a lame duck branch of government.

The best New Year's Resolution I ever made was to stop trying to reason with unreasonable people. That may be especially valuable during an election year.

With 4 of the 9 Supreme Court justices being more than 75 years old, the next president will probably be appointing replacements who can help determine the direction of American law well into the next generation. This is just one of the many very serious things that we can only hope the voters keep in mind, instead of voting on the basis of just one issue or on emotions.

Among the common phrases of the past that we seldom hear today is "None of your business." Apparently everything is other people's business these days, including the media's business and the government's business.

In this scientific age, it is amazing how many people act as if magic words can make realities vanish. For example, they talk as if behavioral differences between groups can be made to disappear by saying the magic word, "stereotypes." This fallacy affects everything from statistical claims of discrimination to admitting refugees with cultures hostile to our own.

The central non sequitur of the political left is that, because America has never lived up to its ideals, it is to be condemned and repudiated. But what society of human beings has ever lived up to all its ideals? Despite all its achievements, America is condemned by the left because it is not exempt from all the sins and failings found in societies around the world.

One of the apparently immortal fallacies is the belief that disarming peaceful people reduces violence. That fallacy underlies both national disarmament and gun control within nations.

In trying to come up with alternatives to the welfare state, even some staunch conservatives have created plans that exempt low-income people from paying taxes, or plans that provide some basic income to all, making it unnecessary to work. But exempting anyone from responsibility and reciprocity as members of society risks disaster for those individuals and for society.

Egalitarians never seem to understand that promoting economic equality in theory means promoting resentments and polarization in practice, making everyone worse off.

It is corruption if an elected official uses his office to get money for himself or for someone else. But judges can fine someone to pay a donation to some organization that the judge favors. Typically these are organizations on the left. But I am sure the left would see the problem if a conservative judge forced people to donate money to the National Rifle Association.

Someone is always parading statistics showing that some small number of people at the top of the income scale have more than some larger number of people at the bottom. But would we be better off if people like Bill Gates and Steve Jobs had never created things that widened our access to opportunities and enriched our lives, just because it also enriched theirs?

Some people are surprised at how many young people look favorably on socialism. But socialism is a wonderful-sounding idea. Those who have lived through the era of its disasters in the 20th century, or learned about them from history, are likely to see through the appearances to the reality. A young age prevents the former and our dumbed-down education prevents the latter.

A biographer of Herbert Hoover said that he was a great man but not a great president. Had he never become president, Hoover's greatness in other areas would still be remembered today. But his wrong economic moves as president were amplified by his successor, and mired the country in a decade of tragedy. Great achievements in other areas are no reason to make someone president.