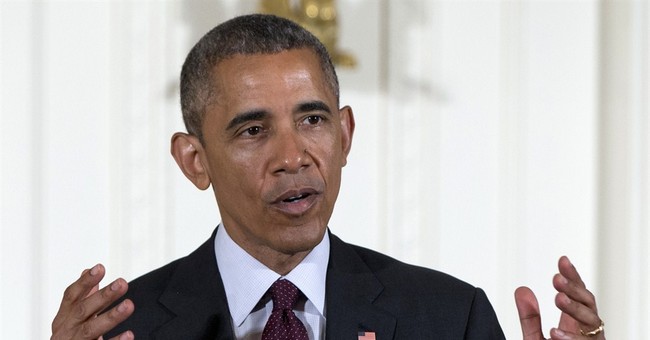 There is no way to know what is going on in someone else's mind. But sometimes their behavior tells you more than their words.

The political left's great claim to authenticity and honor is that what they advocate is for the benefit of the less fortunate. But how could we test that?

T.S. Eliot once said, "Half the harm that is done in this world is due to people who want to feel important. They don't mean to do harm -- but the harm does not interest them. Or they do not see it, or they justify it because they are absorbed in the endless struggle to think well of themselves."

This suggests that one way to find out if those who claim to be trying to help the less fortunate are for real is to see if they are satisfied to simply advocate a given policy, and see it through to being imposed -- without also testing empirically whether the policy is accomplishing what it set out to do.

The first two steps are enough to let advocates feel important and righteous. Whether you really care about what happens to the supposed beneficiaries of the policy is indicated by whether you bother to check out the empirical evidence afterwards.

Many, if not most, people who are zealous advocates of minimum wage laws, for example, never check to see if these laws do more good by raising some workers' wages than harm by preventing many young and inexperienced workers from finding jobs.

One of my own pieces of good fortune, when I left home at age 17, was that the unemployment rate for black 17-year-old males was in single digits that year -- for the last time. The minimum wage law was ten years old, and the wage specified in that law was now so low that it was irrelevant, after years of inflation. It was the same as if there were no minimum wage law.

Liberals, of course, wanted the minimum wage raised, to keep up with inflation. The result was that, ten years later, the unemployment rate for black 17-year-old males was 27.5 percent -- and it has never been less than 20 percent in all the years since then.

As the minimum wage kept getting raised, so did the unemployment rate for black 17-year-old males. In 1971 it was 33.4 percent -- and it has never been under 30 percent since then. It has often been over 40 percent and, occasionally, over 50 percent.

But people who advocate minimum wage laws seldom show any interest in the actual consequences of such laws, which include many idle young males on the streets, which does no good for them or for their communities.

Advocates talk about people who make minimum wages as if they are a permanent class of people. In reality, most are young inexperienced workers, and no one stays young permanently. But they can stay inexperienced for a very long time, damaging their prospects of getting a job and increasing their chances of getting into trouble, hanging out with other idle and immature males.

There is the same liberal zeal for government intervention in housing markets, and the same lack of interest in checking out what the actual consequences are for the people who are supposed to be the beneficiaries of government housing policies, whether as tenants or home buyers.

Government pressures and threats forced mortgage lenders to lower their lending standards, to allow more low-income and minority applicants to qualify. But, after the housing boom became a bust, the biggest losers were low-income and minority home buyers, who were unable to keep up the payments and lost everything -- which was the very reason they were turned down before lending standards were lowered.

Rent control laws have led to housing shortages in cities around the world. More than a thousand apartment buildings have been abandoned by their owners in New York alone -- more than enough to house all the homeless in the city.

High tax rates on "the rich" -- however defined -- are an ever popular crusade on the left. Who cares about the consequences -- such as the rich investing their money overseas, where it will create jobs and economic growth in other countries, while American workers are unemployed and American economic growth is anemic?

All these policies allow the political left to persist in their fact-free visions. And those visions in turn allow the left to feel good about themselves, while leaving havoc in their wake.