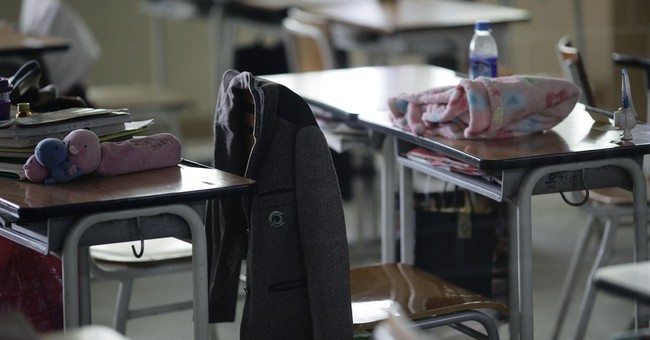 If you want to get some idea of the moral bankruptcy of our educational system, read an article in the May 4th issue of the New York Times Magazine titled, "The Tale of Two Schools."

Someone had the bright idea of pairing public high school kids from a low-income neighborhood in the Bronx with kids from a private high school that charges $43,000 a year.

When the low-income youngsters visited the posh private school, "they were just overwhelmed" by it, according to the New York Times. "One kid ran crying off campus." Apparently others felt "so disheartened about their own circumstances."

What earthly good did that do for these young people? Thank heaven no one was calloused enough to take me on a tour of a posh private school when I was growing up in Harlem.

But at the expense of kids?

There was a time when common sense and common decency counted for something. Educators felt a responsibility to equip students with solid skills that could take them anywhere they wanted to go in later life -- enable them to become doctors, engineers or whatever they wanted to be.

Too many of today's "educators" see students as a captive audience for them to manipulate and propagandize.

These young people do not yet have enough experience to know that posh surroundings are neither necessary nor sufficient for a good education. Is anyone foolish enough to think that making poor kids feel disheartened is doing them a favor?

This school visit was not just an isolated event. It was part of a whole program of pairing individual youngsters from a poverty-stricken neighborhood with youngsters from families that can pay 43 grand a year for their schooling.

What do these kids do? They tell each other stories based on their young lives' unripened judgment. They go to a big park in the Bronx together and take part in a garden project there. They talk about issues like gun violence and race relations.

They have a whole lifetime ahead of them to talk about such issues. But poor kids, especially, have just one time, during their school years, to equip their minds with math, science and other solid skills that will give them a shot at a better life.

To squander their time on rap sessions and navel-gazing is unconscionable.

This is just one of many programs dreamed up by "educators" who seem determined to do anything except educate. They see school children as guinea pigs for their pet notions.

The New York Times is doing these youngsters no favor by publishing page after page of their photographs and snippets of things they said. More than two centuries ago, Edmund Burke lamented "everything which takes a man from his house and sets him on a stage."

Setting adolescents on a stage is even more ill-advised, at a time of life when they do not yet have the experience to see what an inconsequential distraction such activities and such publicity are.

At a time when American youngsters are consistently outperformed on international tests by youngsters in other countries, do we have the luxury of spending our children's time on things that will do absolutely nothing for them in the years ahead? Are children just playthings for adults?

Maybe the affluent kids can afford to waste their time this way, because they will be taken care of, one way or another, in later life.

But to squander the time of poor kids, for whom education is often their only hope of escaping poverty, is truly an irresponsible self-indulgence by adults who should know better, and it is one more sign of the moral bankruptcy of too many people in our schools.