Thomas Sowell  |  Jan 29, 2013
The opinions expressed by columnists are their own and do not necessarily represent the views of Townhall.com.
Top Columns
Trending on Townhall Media 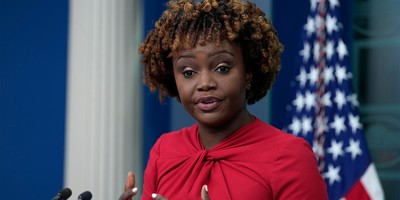 An old-time trial lawyer once said, "When your case is weak, shout louder!"

Secretary of State Hillary Clinton shouted louder when asked about the Obama administration's story last fall that the September 11th attack on the U.S. ambassador's quarters in Benghazi was due to an anti-Islamic video that someone in the United States had put on the Internet, and thereby provoked a protest that escalated into violence.

She shouted: "We had four dead Americans. Was it because of a protest or was it because of guys out for a walk one night who decided they'd go kill some Americans? What difference, at this point, does it make?"

Students of propaganda may admire the skill with which she misdirected people's attention. But those of us who are still old-fashioned enough to think that the truth matters cannot applaud her success.

Let's go back to square one.

After the attack on the American ambassador's quarters in Benghazi that killed Ambassador Christopher Stevens and three other Americans, the Obama administration immediately blamed it on the anti-Islamic video.

Moreover, this version of what happened was not just a passing remark. It was a story that the administration kept repeating insistently. U.N. Ambassador Susan Rice repeated that story on five different television talk shows on the same Sunday. President Obama himself repeated the same story at the United Nations. The man who put the anti-Islamic video on the Internet was arrested for a parole violation, creating more media coverage to keep attention on this theme.

Obviously the Obama administration thought it made a difference, with an election coming up. Prior to the attack, the administration's political theme was that Barack Obama had killed Osama bin Laden (with an assist from the Navy SEALs), vanquished Al Qaeda and was now in the process of putting the terrorist threat behind us.

To have the attack in Benghazi be seen as a terrorist attack -- and a devastating one -- would have ruined this picture, with an election coming up.

The key question that remains unanswered to this day is: What speck of evidence is there that the attack in Benghazi was due to the much-discussed video or that there was ever any protest demonstration outside the ambassador's quarters?

If there is no evidence whatever, then the whole attempt to say that a protest over a video escalated into an attack was a deliberate hoax by people who knew better.

There is no point in the administration saying that they did not have all the facts about the attack immediately. All the facts may never be known. But the real question is: Did you have even a single fact that would substantiate your repeated claims that some video led to a protest in Benghazi that got out of hand and led to the attack?

Interestingly, Hillary Clinton herself was not featured in this campaign, even though as Secretary of State she was a key figure. Hillary was not about to create video footage that could come back to haunt her if she runs for President of the United States in 2016.

In a larger context, the Benghazi attack showed that you cannot unilaterally end the "war on terror" or the terrorists' war on us, by declaring victory.

For years, the Bush administration's phrase "war on terror" was avoided like the plague by the Obama administration, even if that required the Fort Hood massacre to be classified as "workplace violence." But, no matter how clever the rhetoric, reality nevertheless rears its ugly head.

Once the September 11th attack in Benghazi is seen for what it was -- a highly coordinated and highly successful operation by terrorists who were said to have been vanquished -- that calls into question the Obama administration's Middle East foreign policy.

That is why it still matters.