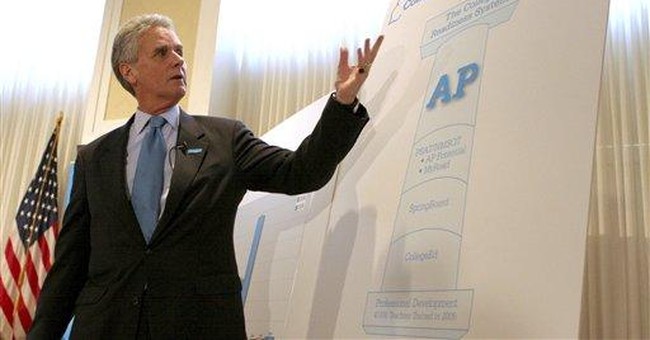 Anyone who has followed the decades-long controversies over the role of genes in IQ scores will recognize the names of the two leading advocates of opposite conclusions on that subject-- Professor Arthur R. Jensen of the University of California at Berkeley and Professor James R. Flynn, an American expatriate at the University of Otago in New Zealand.

What is so unusual in the academic world of today is that Professor Flynn's latest book, "Are We Getting Smarter?" is dedicated to Arthur Jensen, whose integrity he praises, even as he opposes his conclusions. That is what scholarship and science are supposed to be like, but so seldom are.

Professor Jensen, who died recently, is best known for reopening the age-old controversy about heredity versus environment with his 1969 article titled, "How Much Can We Boost IQ and Scholastic Achievement?"

Jensen argued for educational reforms, saying that "scholastic performance-- the acquisition of the basic skills-- can be boosted much more, at least in the early years, than can the IQ" and that, among "the disadvantaged," there are "high school students who have failed to learn basic skills which they could easily have learned many years earlier" if taught in different ways.

But, regardless of what Arthur Jensen actually said, too many in the media, and even in academia, heard what they wanted to hear. He was lumped in with earlier writers who had promoted racial inferiority doctrines that depicted some races as being unable to rise above the level of "hewers of wood and drawers of water."

These earlier writers from the Progressive era were saying, in effect, that there was a ceiling to the mental potential of some races, while Jensen argued that there was no ceiling but, by his reading of the evidence, a difference in average IQ, influenced by genes.

When I first read Arthur Jensen's landmark article, back in 1969, I was struck by his careful and painstaking analysis of a wide range of complex data. It impressed me but did not convince me. What it did was cause me to dig up more data on my own.

A few years later, I headed a research project that, among other things, collected tens of thousands of past and present IQ scores from a wide range of racial and ethnic groups at schools across the United States. Despite serious limitations in these data, due to constraints of time and circumstances, these data nevertheless threw some additional light on the subject.

A feature article of mine in the Sunday New York Times Magazine of March 27, 1977 pointed out that any number of white groups, here and overseas, had at some point in time had IQs similar to, and in some cases lower than, the IQs of black Americans. During the First World War, for example, white soldiers from some Southern states scored lower on army mental tests than black soldiers from some Northern states.

Professor Jensen read this article and came over to Stanford University to meet with me and discuss the data. That is what a scholar should do when challenged. But the opposite approach was shown by Professor Kenneth B. Clark, who earlier had sought to dissuade me from doing IQ research. He said it would "dignify" Jensen's work, which Clark wanted ignored or discredited instead.

Unfortunately, Professor Clark's ideological approach became far more common in academia, so much so that Jensen's attempts to speak on campuses around the country provoked dangerous disruptions, instead of reasoned arguments.

Years later, Professor James R. Flynn created the biggest challenge to the hereditary theory of intelligence, when he showed that whole nations had risen to much higher results on IQ tests in just one or two generations. Genes don't change that fast.

Professor Flynn told me that he would never have done his research, except that it was provoked by Jensen's research. That is just one of the reasons for having a free marketplace of ideas, instead of turning academic campuses into fortresses of politically correct intolerance.