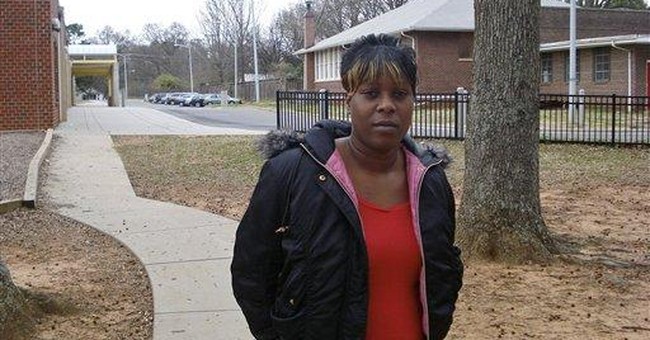 Trending
There have been many frauds of historic proportions -- for example, the financial pyramid scheme for which Charles Ponzi was sent to prison in the 1920s, and for which Franklin D. Roosevelt was praised in the 1930s, when he called it Social Security. In our own times, Bernie Madoff's hoax has made headlines.

But the biggest hoax of the past two generations is still going strong -- namely, the hoax that statistical differences in outcomes for different groups are due to the way other people treat those groups.

Just who made this promise remains unclear, and why equity should mean equal outcomes despite differences in behavior is even more unclear. This crusade by Attorney General Eric Holder and Secretary of Education Arne Duncan is only the latest in a long line of fraudulent arguments based on statistics.

What is the purpose or effect of this whole exercise by the Department of Education and the Department of Justice? To help black students or to secure the black vote in an election year by seeming to be coming to the rescue of blacks from white oppression?

Among the many serious problems of ghetto schools is the legal difficulty of getting rid of disruptive hoodlums, a mere handful of whom can be enough to destroy the education of a far larger number of other black students -- and with it destroy their chances for a better life.

Judges have already imposed too many legalistic procedures on schools that are more appropriate for a courtroom. "Due process" rules that are essential for courts can readily become "undue process" in a school setting, when letting clowns and thugs run amok, while legalistic procedures to suspend or expel them drag on. It is a formula for educational and social disaster.

Now Secretary Duncan and Attorney General Holder want to play the race card in an election year, at the expense of the education of black students. Make no mistake about it, the black students who go to school to get an education are the main victims of the classroom disrupters whom Duncan and Holder are trying to protect.

What they are more fundamentally trying to protect are the black votes which are essential for Democrats. For that, blacks must be constantly depicted as under siege from whites, so that Democrats can be seen as their rescuers.

Promoting paranoia translates into votes. It is a very cynical political game, despite all the lofty rhetoric used to disguise it.

Too many of the intelligentsia -- both black and white -- jump on the statistical bandwagon, and see statistical differences as proof of maltreatment, not only in schools but in jobs, in mortgage lending and in many other things.

Some act as if their role is to protect the image of blacks by blaming their problems on whites. But the truth is far more important than racial image.

But political spin and pious euphemisms don't tell us where we are. After a while, such rhetorical exercises don't even fool others.

If we don't have the truth, we don't have anything to start with and build on. A big start toward the truth would be getting rid of the kinds of statistical hoaxes being promoted by Secretary of Education Duncan and Attorney General Holder.